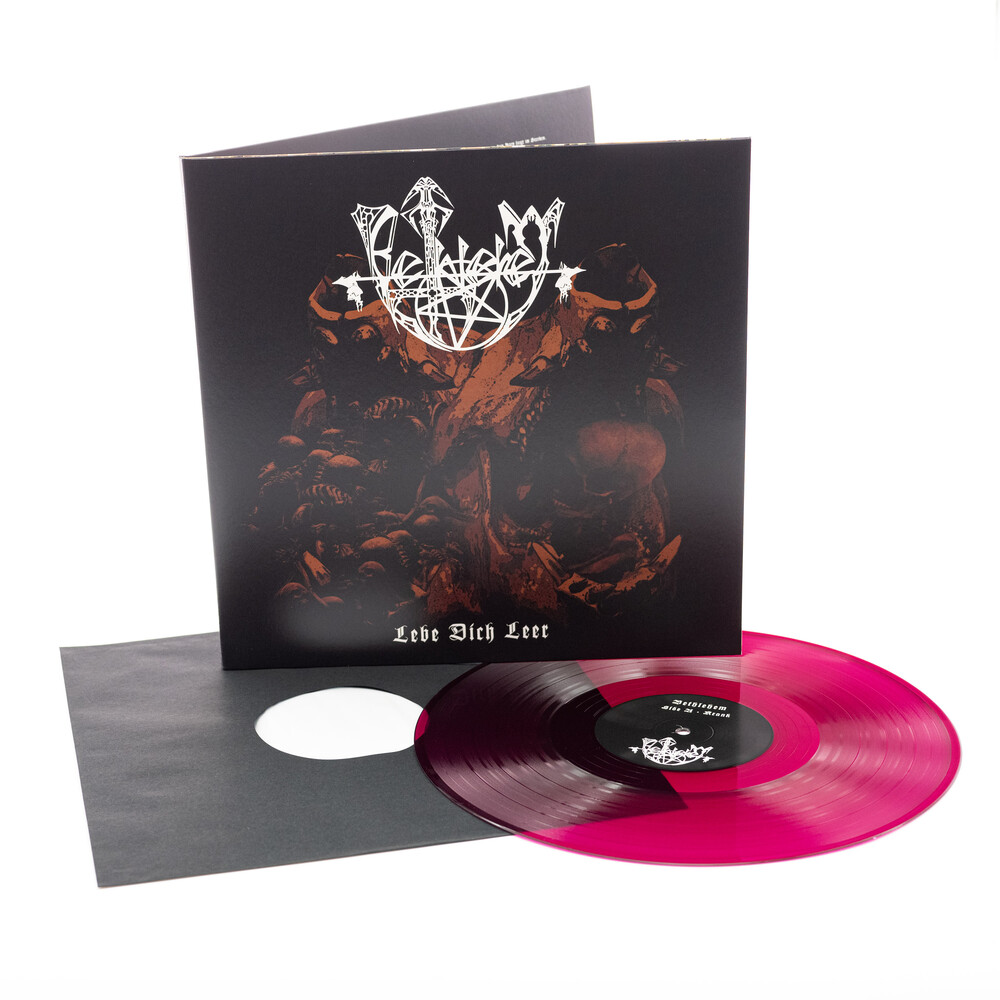 Germany's Bethlehem have shaped extreme music for the last 28 years as one of the forerunners of so-called depressive or suicidal black metal. With their first three albums "Dark Metal" (1994), "Dictius Te Necare" (1996) and "S.U.i.Z.i.D." (1998), they spearheaded a movement with lasting impact on several genres. At each turn, Bethlehem has released albums which perplex and enthrall their ever-growing audience. After an experimental phase, the group continued on it's abrasive path with "Bethlehem" (2016), introducing a new line-up with front woman Onielar (Darkened Nocturn Slaughtercult), whose punishing performance have, by now, become another trademark next to founding member JĂĽrgen Bartsch's unfailing inventiveness. "Lebe dich leer" ("empty yourself by living") bears witness to that: Each song differs from the next, telling it's own story while weaving together a sonic cloth of sheer terror. Haunting banshee vocals mix with melody and heavy riffs; delving from low, soggy grooves to soaring and windswept plains of sound. The album blends Bethlehem's classic type of black and death metal with influences from early wave and industrial, not once sacrificing their well-loved aesthetic and sound. A work as unique as traditional, "Lebe dich leer" will shock and awe listeners of all kinds of daring music and still ring true to the band's devoted fans of nearly three decades. Chaos is coming!
Stock levels do not reflect our retail location. Available items ship directly to your doorstep from our supplier's warehouse. To check our retail stock levels give us a call at 317-259-1012'
This website uses cookies to personalize content and analyse traffic in order to offer you a better experience.
I accept Learn More
back to top