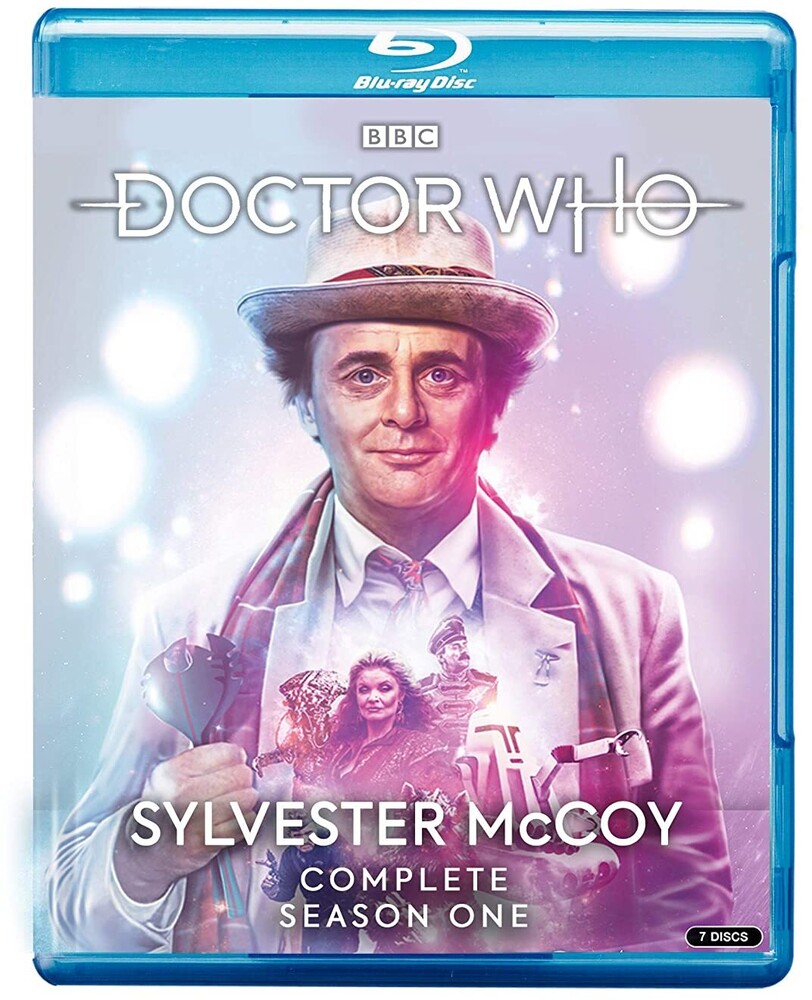 Woozy from his latest regeneration and separated from companion Mel Bush (Bonnie Langford), the Doctor (Sylvester McCoy, making his series debut) becomes an unwitting assistant to a wicked Time Lord (Kate O'Mara) as she carries out her evil scheme, in "Time and the Rani." The Doctor and Mel find horror in the high-rise when the TARDIS arrives in the run-down computerized apartment complex "Paradise Towers," whose remaining tenants are terrorized by a mysterious enemy. Then, what was supposed to be an interplanetary "bus trip" to Earth and Disneyland, circa 1959, instead lands the Doctor and Mel in a Welsh vacation camp where alien warriors have pursued a fugitive queen. Ken Dodd and Stubby Kaye guest star in "Delta and the Bannermen." Finally, it's up to the Doctor and Mel, with the aid of a feisty teenage girl named Ace (Sophie Aldred), to put out a mercenary's plan to recover the mystic "Dragonfire" from the planet Svartos and use it for revenge.14 episodes on 8 discs. 11 2/3 hrs. Standard; Soundtrack: English.