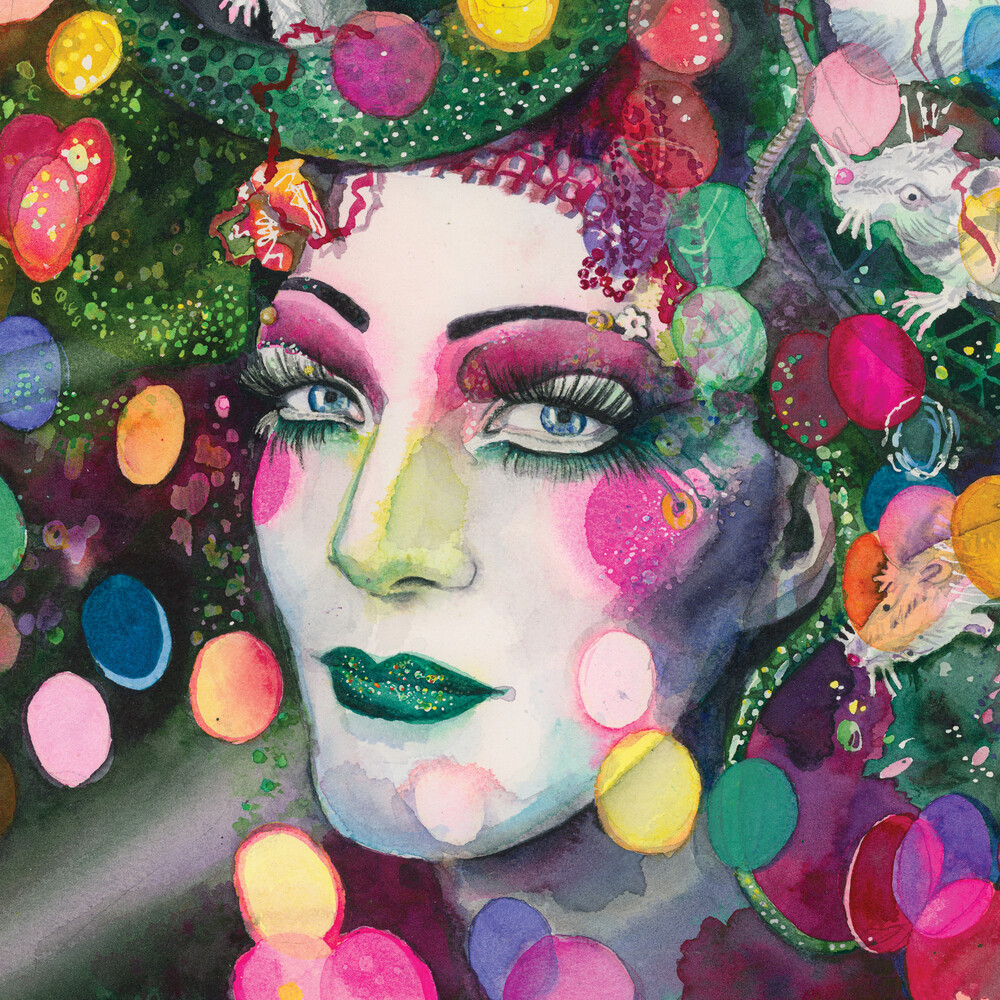 This holiday album is dedicated to the memory of my drag mother, Mother Flawless Sabrina. What better way to celebrate the winter solstice than through motherhood? Especially drag motherhood. In ancient Roman times, gender-play was a key element of Saturnalia, a tradition that evolved out of the Neolithic harvest rituals accompanying the winter solstice. How can we ever thank the sun for life without knowing how to fully live? Look to the queens, Queen. Or as Mother Flawless would say, in her best Liza lisp, "Each one teach one." Flawless, as she was usually called, was anything but. She was a messy mother who shopped (or lifted) supplies from the hardware store more often than the cosmetic counter. She used plaster of Paris and duct tape to pull her face back and keep her wigs attached, hot glue to press on her Press-Ons, and I once watched her put eyeliner on with Magic Marker. Yet, she was a manifest-it-by-redefining-and-reimagining-social-dictates kind of gal. It wasn't a perfectly painted face that earned her the title of "Flawless." You'd realize this after two minutes of Sabrina's smudged lipstick gift of the gab. She wasn't interested in being the winning beauty queen. Her flawlessness was found through fostering artistic expression as a form of civics. My time spent with Flawless lasted a little less than two years and yet, like the best mothers do for their children, she transformed me by inspiring me to transform myself. "You're the boss, Apple Sauce," was her advice to all her drag minions. She meant that it's up to us to create the world we wish to live in. Since that's the case, I declare this holiday season, and all future ones, a celebration of drag mothers. That's the world I want to live in. And if you don't have a drag mama... The spirit of Mother Flawless Sabrina is out there for the loving. We hope this album helps guide you to her.