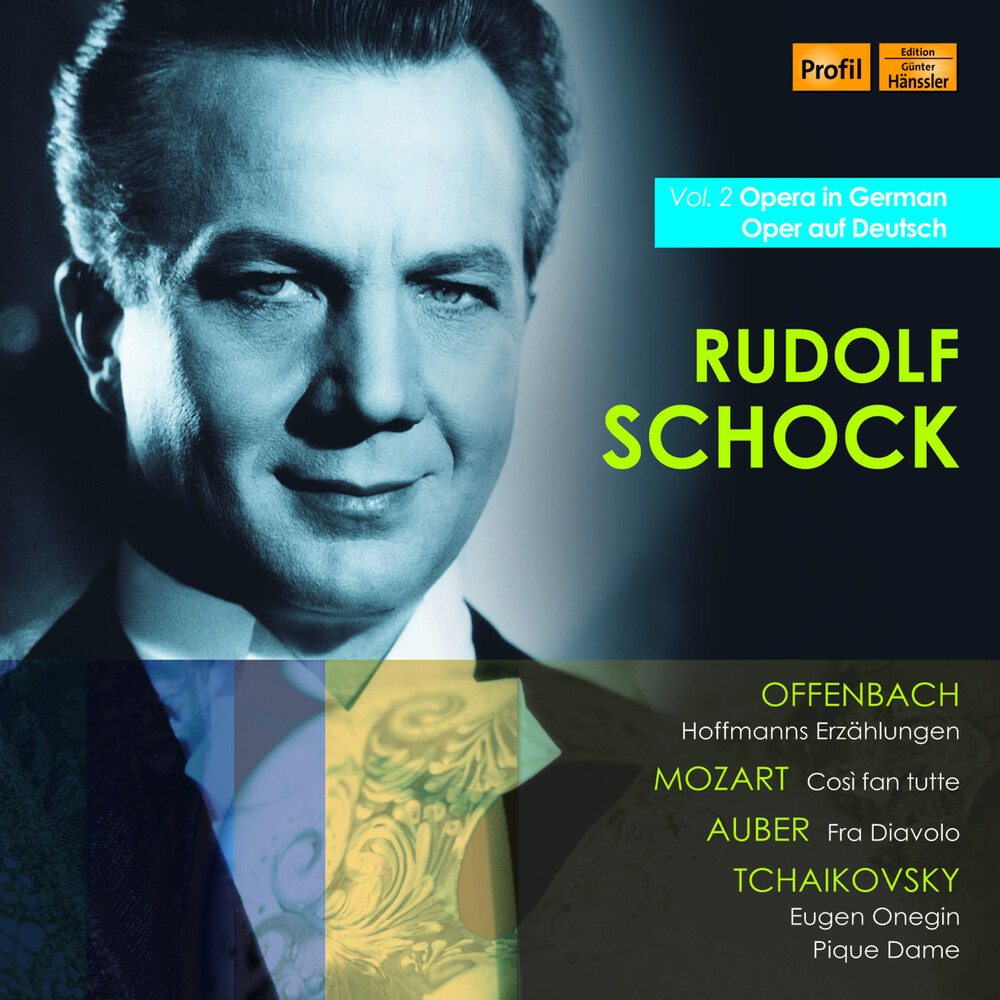 The German-speaking nations of the 1950s and 1960s, when the recorded- music market had not yet succumbed to globalization, had a lot to offer. The proof is in the five complete recordings - complete, that is, but for the cuts so often made in those days - that make up this release. Above all the recordings hangs the shining star of the great Rudolf Schock (1915-1986). The Duisburg-born tenor made his debut in 1937 as an "Italian Singer" in Richard Strauss's Rosenkavalier. The good soldier Schock made few guest appearances during the war, but did make the acquaintance of star baritone Josef Metternich and conductor Wilhelm SchĂĽchter, among others. After the war he began his career in earnest, first in Hanover, then in East Berlin and in Hamburg, where he was a member of the State Opera ensemble till 1961. Schock sang early on under the truly great conductors of his time such as Wilhelm FurtwĂ¤ngler, Georg Solti, Erich Leinsdorf, George Szell and Karl BĂ¶hm, and he was one of the first German singers to be invited to London's Royal Opera House Covent Garden, as was the case in the 1948/49 season. He concurrently and consistently expanded his repertoire in both directions, into operetta and into the works of the contemporary avant-garde, a versatility all too readily overlooked by those who remember