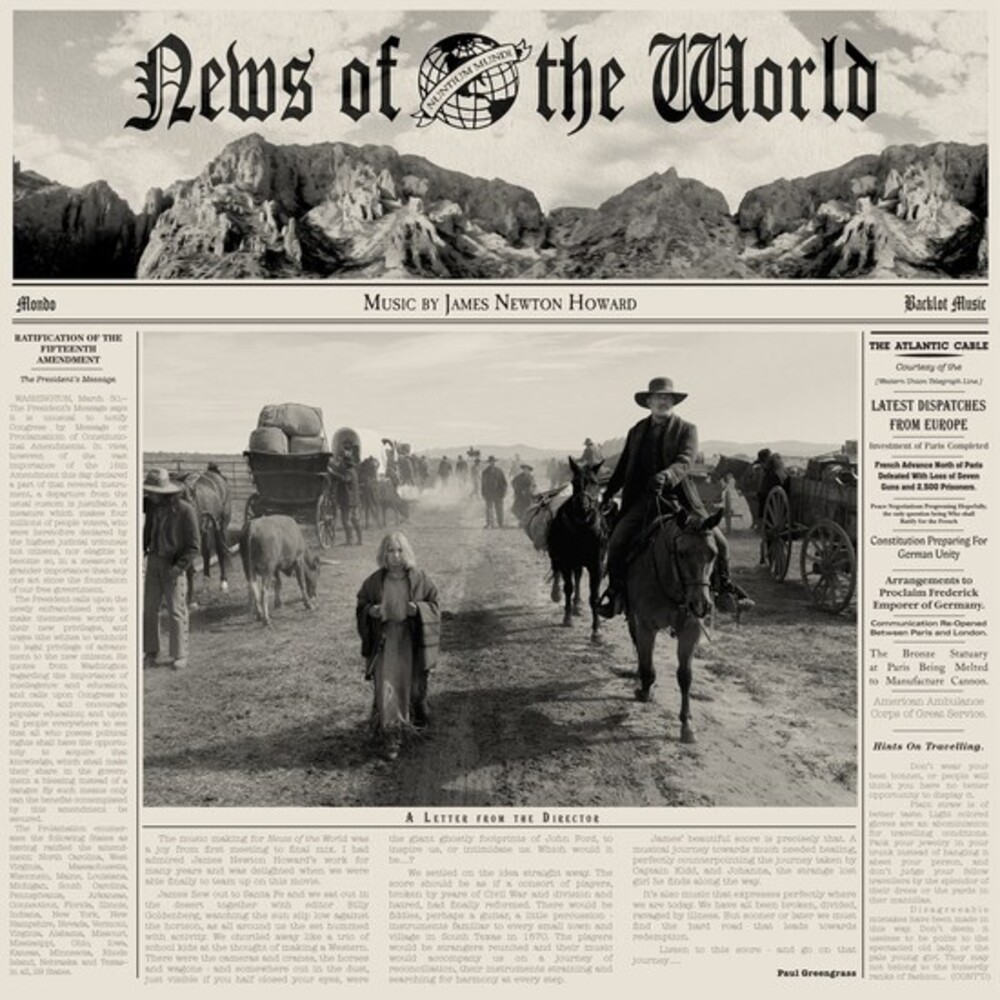 Mondo, in collaboration with Back Lot Music, is proud to present a vinyl pressing of James Newton Howard's Golden Globe Nominated score to Universal Pictures' powerful new film from acclaimed filmmaker Paul Greengrass, News of The World.Set five years after the end of the Civil War, News of the World follows Captain Jefferson Kyle Kidd (Tom Hanks), a veteran of three wars, who now moves from town to town as a non-fiction storyteller, sharing the news of presidents and queens, glorious feuds, devastating catastrophes, and gripping adventures from the far reaches of the globe. In the plains of Texas, Kidd crosses paths with Cicada, aka Johanna Leonberger (Helena Zengel, System Crasher), a 10-year-old taken in by the Kiowa people six years earlier and raised as one of their own. Johanna, hostile to a world she's never experienced, is being returned to her biological aunt and uncle against her will. Kidd reluctantly agrees to deliver the child to where the law says she belongs. As they travel hundreds of miles into the unforgiving wilderness, the two will face tremendous challenges of both human and natural forces as they search for a place that either can call home. The film is a moving exploration of our present through the lens of our past, and the music by eight-time Academy Awardr nominee James Newton Howard (The Hunger Games, The Sixth Sense, Signs, The Fugitive) is innovative, emotional, and beautiful, as it follows Captain Kidd's journey from regret to redemption. A haunted, and healing sound of vintage Americana floods from your speakers as the tender strings and piano guide you over gorgeous landscapes.