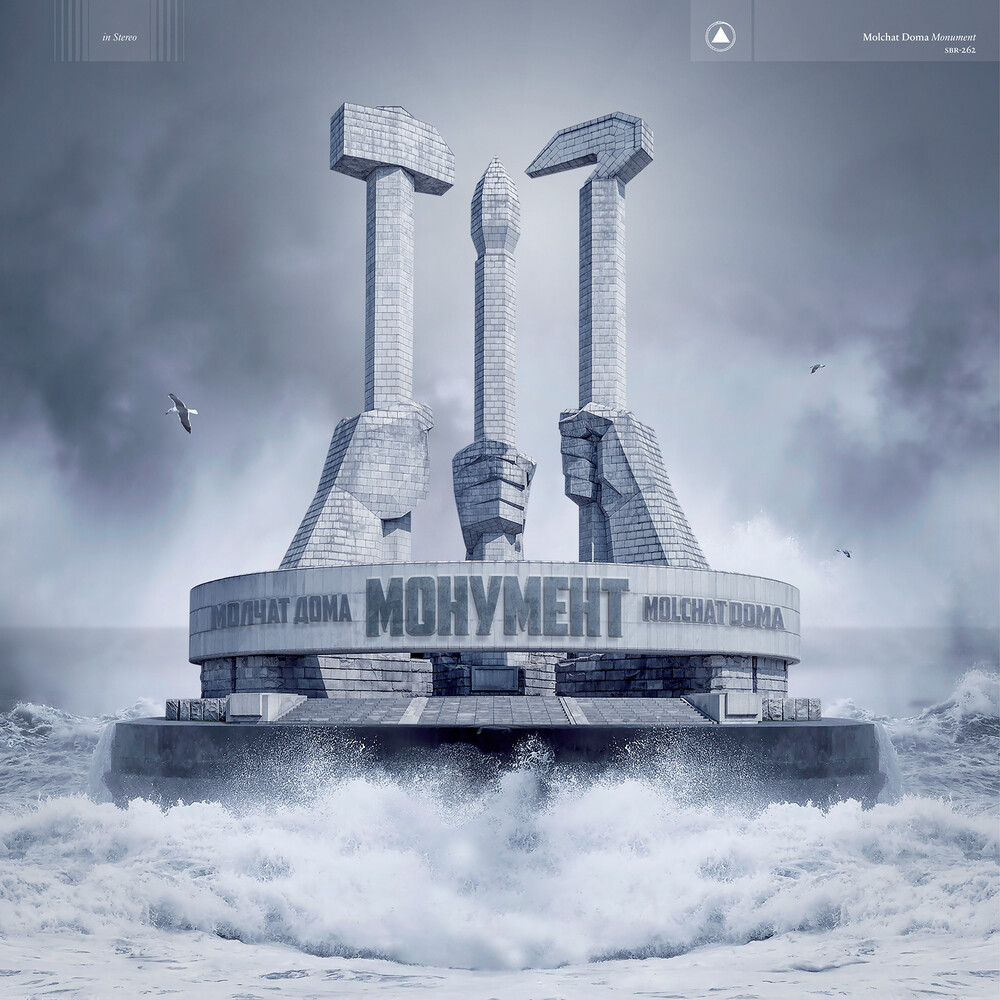 Monument is a fitting title for the third album by Belarusian trio Molchat Doma. Indeed, it stands as a monument to everything they've achieved in their short time as a band, from whispered-about unknowns, to enigmatic underground icons, to legitimate viral sensations with hundreds of thousands of TikTok videos using their music. Monument sees them return as conquering heroes, expanding on the minimalist greatness of S Krysh Nashikh Domov and Etazhi to fully realize a more maximalist vision of their crystalline post-punk sound.Written and recorded while the band was quarantined in their hometown of Minsk during the COVID-19 pandemic, Monument is a conscious step up in songwriting and fidelity, and it reveals a band preternaturally comfortable in it's own skin. Whether playing to the dancefloor, as they do on the synthpop anthem "Discoteque," or working more introspectively on pre-pandemic live favorites "Otveta Net" and "Ne Smeshno," Molchat Doma are in complete control. Their greatest strength has always been their songwriting, and they've only gotten better.As the band's arrangements have grown more sophisticated, so too have the sounds they use to bring them to life. Roman Komogortsev and Pavel Kozlov's gear arsenal has grown to include an extensive range of synthesizers and drum machines, all of which they deploy with precision. Egor Shkutko's vocals move fluidly between his familiar deadpan monotone and an expressive croon, his beautifully delivered Russian lyrics at turns bleak and romantic. Shkutko has often been compared to Ian Curtis, but here, he outgrows the comparison. With Monument, Molchat Doma have done one of the hardest things to do as a band. They've greatly expanded the scope of their music while retaining everything that made them great in the first place.