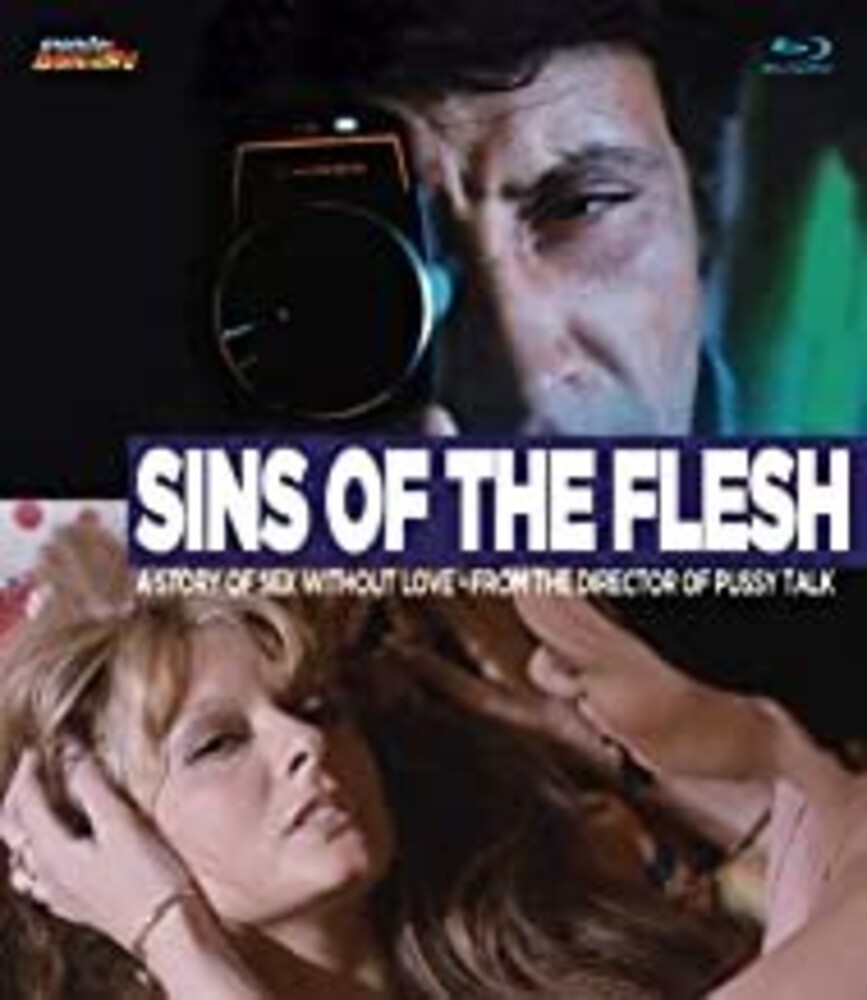 BenoĂ®t Landrieux, the idle and depraved son of a rich industrialist has two chance encounters on the same day that will change his life forever - Jean-Pierre, a young tearaway who is trying to steal his car, and Isabelle, 20 years old, whom he saves from being raped by her stepfather. BenoĂ®t is a coward and a voyeur who gets his kicks from watching other couples make out. He cajoles his two new companions to attempt what he has never dared do - rob the safe in his father's factory, seduce his stepmother to blackmail her for money, and finally go so far as committing murder. Thus begins a wild ride that takes them to the very edge of madness. Director Claude Mulot made this film under the pseudonym of FrĂ©dĂ©ric Lansac, the name of a character from his previous horror hit THE BLOOD ROSE. SINS OF THE FLESH marks the start of his transition from softcore films to full-on hardcore which was confirmed by his next release, PUSSY TALK - one of the most controversial French films of all time. But SINS OF THE FLESH also shows Mulot's background in horror cinema. He presents BenoĂ®t as a cunning and complex psychopath, a man who smiles and wears expensive clothes, while inside lurks a monster. The film stars Jess Franco favorite Anne Libert (EROTIC RITES OF FRANKENSTEIN) and comes in a brand new 4k restoration with a host of original extra features.