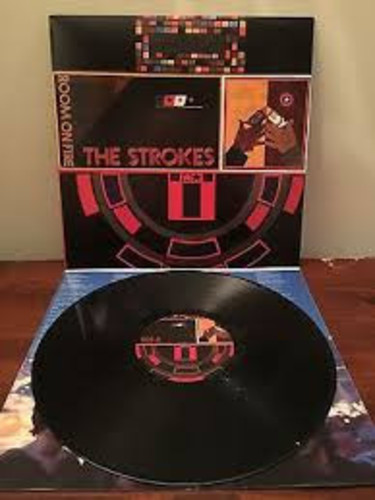 Room on Fire
Artist: The Strokes
Format: Vinyl
New: Not in stock
Wish

Room on Fire is the second studio album by American indie rock band The Strokes. Released in October 2003, the album follows 2001's Is This It and includes three singles: "12:51", "Reptilia", and "The End Has No End." Grammy-winning producer Nigel Godrich was initially in charge of production, but The Strokes felt he made the songs seem "soulless". The band went back to work with Is This It producer Gordon Raphael. The album features a slightly smoother sound than it's predecessor. The bass guitar is less present except for several moments when it becomes the focal point of the song. The album title Room on Fire was drawn from a line in "Reptilia": "The room is on fire as she's fixing her hair." The record received positive reviews upon release. It reached number two on the UK Albums Chart and debuted at number four in the U.S. on the Billboard 200, where it went on to sell 597,000 units by October 2006[citation needed] and was certified Gold.