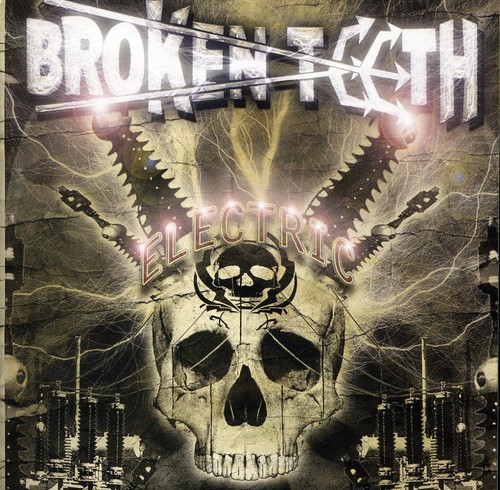 Jason McMaster ? vocals/Jared Tuten ? guitars/David Beeson ? guitars Brett McCormick ? bass/Bruce Rivers ? drums Hit the lights...turn on a wire about the time to bring on the show the invitations ... never expire the rig is up and it's about to blow! - "Electric" With the release of the skull-scorching new album, Electric, (Textone Records) Austin, Texas-based rockers Broken Teeth keep the watts burning and all the heads turning with another lightning-bolt blast of hard rock, high voltage. A hotwired merger of AC/DC meets Danko Jones, Electric crackles with all the warhorse riffage of Motorhead and Rose Tattoo fused to the underground, lights-out sounds of such circuit-breaking head knockers as Rhino Bucket, Airbourne and Hellacopters. Call it crude and classic, but don't dare call it dated. "It's a cross between Screaming for Vengeance turning into Highway to Hell," says singer Jason McMaster. "It's timeless, screamin' demon, barroom rock-n-roll for the denim-and-leather diehards who know that classic riffs don't die, they just pick up steam and spit more venom every time they attack." Amped with 12 jolts of Broken Teeth, Electric was self-produced by guitarist Jared Tuten. Without losing a single bead of onstage sweat and snarl, Electric finds Broken Teeth finally capturing such live fan favorites as "Bonfire," "Hell For Sale," "Roll Over" and "Burns Like Love," along with the chanting title track and the motormouth, airwave raid of "Blood on the Radio." "Broken Teeth destroys, pummels, demolishes, obliterates, slaughters and snuffs out all rock in it's way," raves Canadian torchbearer Danko Jones. "Fuckin' Hell!" Described as "AC/DC, but pissed!" by Wildhearts frontman Ginger and called a "force to be reckoned with" by Streetwalkin' Cheetahs frontman, Frank Meyer, Broken Teeth brings added firepower to Electric by turbocharging familiar versions of such jagged gems as "Undertaker," "Devil Money," "She's Gonna Blow" and "Hangin' by the Skin." "These songs have been tightened to the breaking point after 150 shows a year on the road," says McMaster, noting that Electric also features the sick and twisted, sly "love" song "Stick it In" and the chaotic screaming scat of "El Diablo." "They're road-tested, fan favorites and we want them be heard by the widest possible audience." Plug it in hard, flick the switch and get ready to ride the lightning, because in the fiery hands of Broken Teeth, rock-n-roll just got a hell of a lot more Electric!