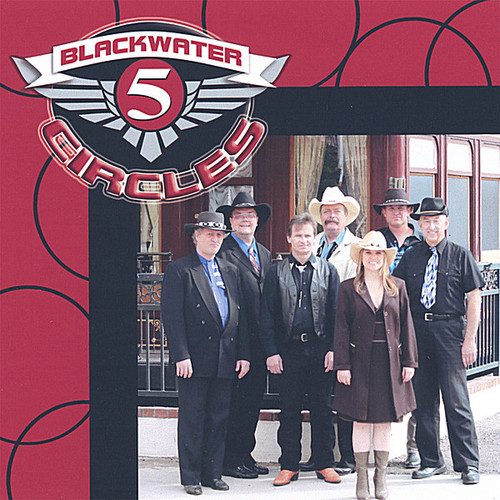 Blackwater 5 is unique. It is country, but country like no other. Rock and Rhythm & Blues are an extension of the music they play. Most of their songs come straight from the heart but others are pure fun. They have been compared to the likes of Cash and Haggard. While the greats of Classic Country have had major influences in the music they play, their unique sound exhibits more of a soulful edge than the popular Country of today. Having been described as "Heaven to a true Country Fan's ears", they play full tilt at all times. From their gritty harmonica solos, melodic guitar riffs, and powerful vocals, Blackwater 5 is a crowd pleaser leaving their audience begging for more. Fresh out of the studio and ready to take the country music scene by storm... Blackwater 5's Michael Patton and Rick Boss were in a band called "Out of the Blue" which rocked the San Francisco Bay area throughout the 1980's. Jimmy Dye joined them in the early 1990's and they have been writing songs together ever since. The trio of songwriters relocated to Las Vegas in the early 2000's and went on hiatus from live performance, spending all of their free time writing and recording original music in the studio. After enough material was completed to finish off two albums; Circles, and Georgia Lady, three more dynamic musicians were recruited and Blackwater 5 was launched. The members of Blackwater 5 are no strangers to touring and live performance. The band members have opened for acts such as Neil Young, Rick Nelson, Toy Codwell (Marshal Tucker Band), The Guess Who, Southern Culture On The Skids, Woodstock '99', The Neville Brothers, and Norton Buffalo. Michael and Rick have also received radio and television airplay in the San Francisco Bay Area on such hit stations as the former KEEN 1370, KFAT 94.5 (radio), and KTVU (TV) in Oakland, CA. Based in Las Vegas, Blackwater 5 is putting country music back on the Nevada map. Their dedication to music has become a lifestyle. All the members of Blackwater 5 live, breathe, and sleep the music. Michael's previous CD's - "Michael Patton and Friends", and "Christmas Without You", were released in the Bay Area and sold over 3500 copies each. Blackwater 5 is currently performing in the greater Las Vegas area.