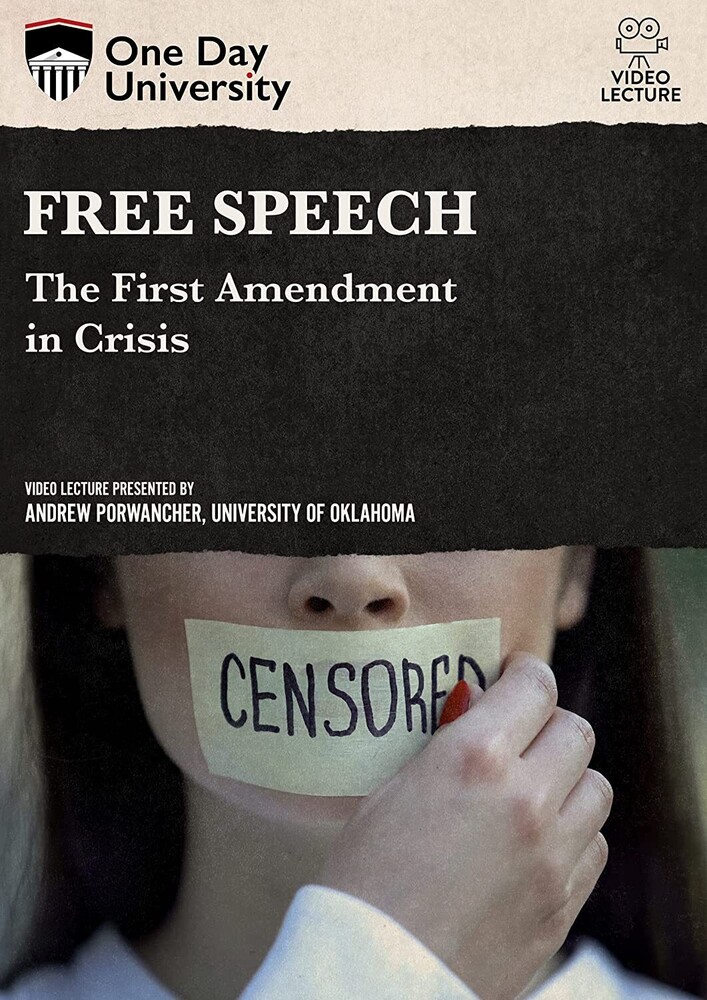 One Day University presents a series of video lectures recorded in real-time from some of the top minds in the United States. Given by award-winning professors and experts in their field, these recorded lectures dive deep into the worlds of religion, government, literature, and social justice. The First Amendment to the Constitution is considered a pillar of our democracy. By placing checks on governmental power to silence it's populace, it's protections have important ramifications. But the First Amendment is not simply a legal concept-it has significant and far-reaching cultural implications as well. This course will consider questions of how we define speech, and when the state or others can interfere with individual rights. What the First Amendment protects is largely a function of why it offers protection-a commitment to democracy and liberty. In pursuit of these ideals, courts have often placed a higher value on political speech, although no such distinction is made in the Constitution. In recent years, American universities today have become hotbeds not just for vigorous debate but for questioning whether vigorous debate even has a rightful place on campus. Speech codes, canceled guest lecturers, and hecklers regularly make headlines. This talk will explore how our colleges have become lightning rods for conflict about the First Amendment.
back to top