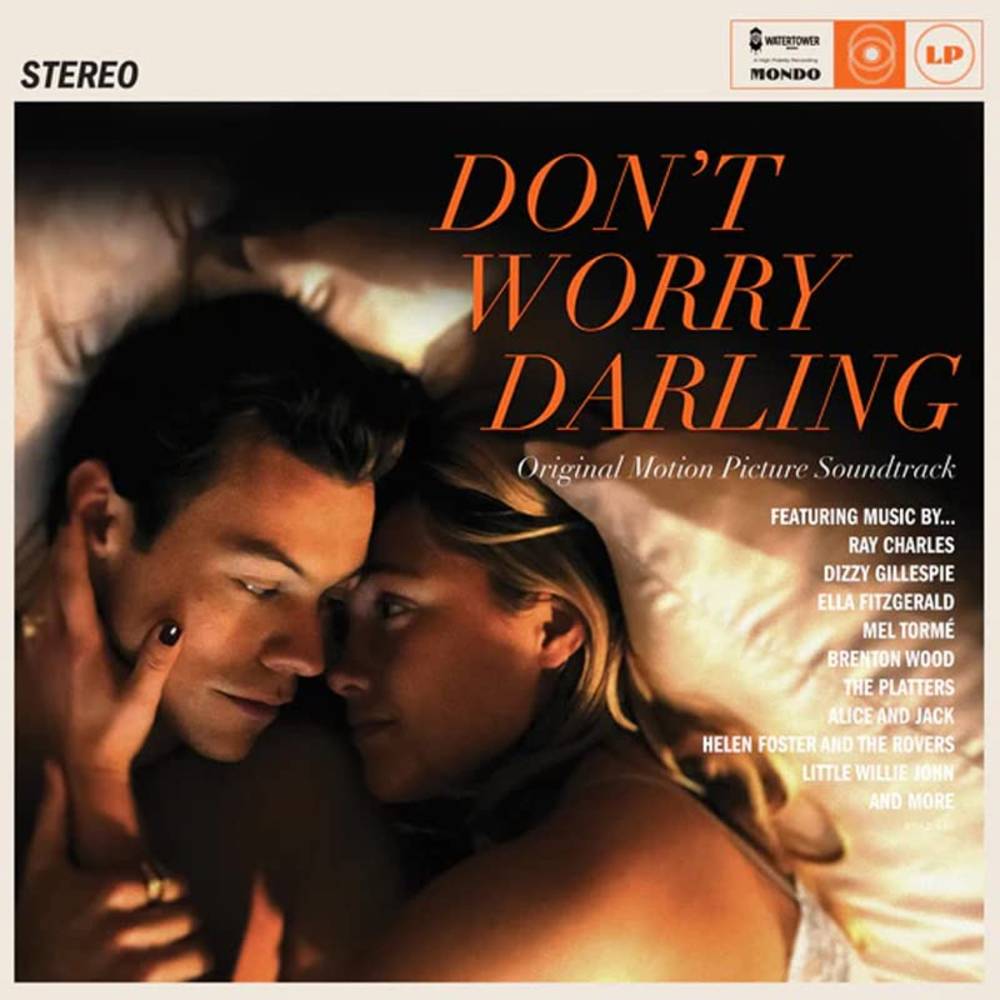 When it came to assembling the songs from the film that would ultimately be compiled into the Don't Worry Darling (Original Motion Picture Soundtrack), Wilde reached out to two-time Grammy Award-winning music supervisor Randall Poster, whom she calls "one of the all-time greatest." The director and Poster crossed paths while working on the Martin Scorsese/Mick Jagger executive-produced series "Vinyl." Wilde supplies, "Randy has an encyclopedic knowledge of music, and I really wanted to place the audience in this era through music. It's such a great time for music and Randy and I had a lot of fun building the soundtrack, using so many of the songs I've been waiting for a long time to put into a movie. And what made it such a fun experience to be in the world of this movie was to dance to this wonderful music." This various artists compilation is an incredible mix of 50's and 60's classics by artists such as Ray Charles, Ella Fitzgerald, The Chords, Mel Tormé and more. These standards are essential for any collector, whether you be a part of the Victory Project, or at home in 2022. This comp also features an original song performed by the film's leads Alice and Jack. Package design by Mondo's Creative Director Mo Shafeek.
Stock levels do not reflect our retail location. Available items ship directly to your doorstep from our supplier's warehouse. To check our retail stock levels give us a call at 317-259-1012'
This website uses cookies to personalize content and analyse traffic in order to offer you a better experience.
I accept Learn More
back to top