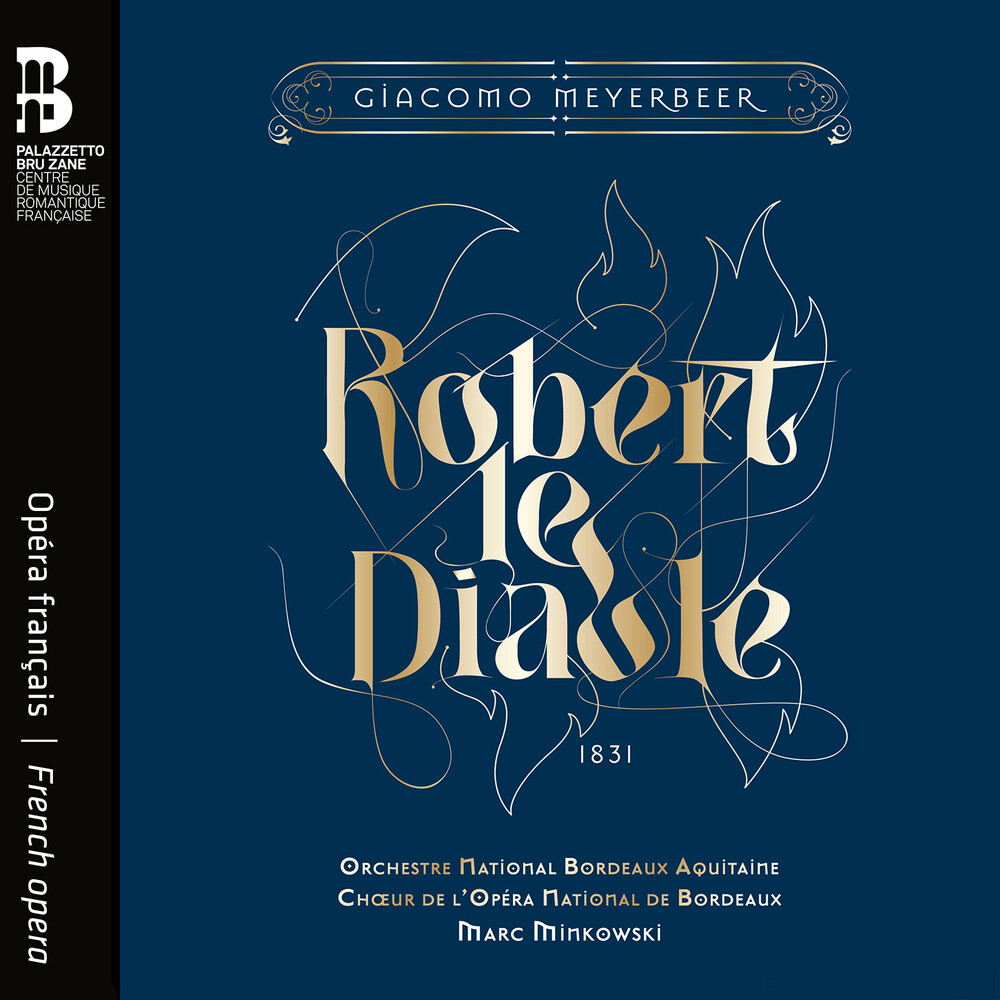 French grand-opĂ©ra specialist Marc Minkowski has at last recorded Robert le Diable, a jewel of the genre. A triumph at it's premiere in November 1831, it captivated contemporaries, and it's influence stretched as far as Verdi and Wagner. An imposing international cast brings this repertory cornerstone to life: John Osborn portrays a Robert at once valiant and tender, Amina Edris reveals her full resources in the perilous role of Alice, while idiomatic performances by Nicolas Courjal, Erin Morley and Nico Darmanin complete a line-up offering the most vivid contrasts of tessitura. Against the backdrop of a medieval legend, this fantastical work depicts a confrontation between Good and Evil, pitting against each other a group of protagonists torn between desire and duty. A foundational score of musical Romanticism - performed more than 750 times in the nineteenth century at the Paris OpĂ©ra alone - is now gradually emerging from oblivion.
Stock levels do not reflect our retail location. Available items ship directly to your doorstep from our supplier's warehouse. To check our retail stock levels give us a call at 317-259-1012'
This website uses cookies to personalize content and analyse traffic in order to offer you a better experience.
I accept Learn More
back to top