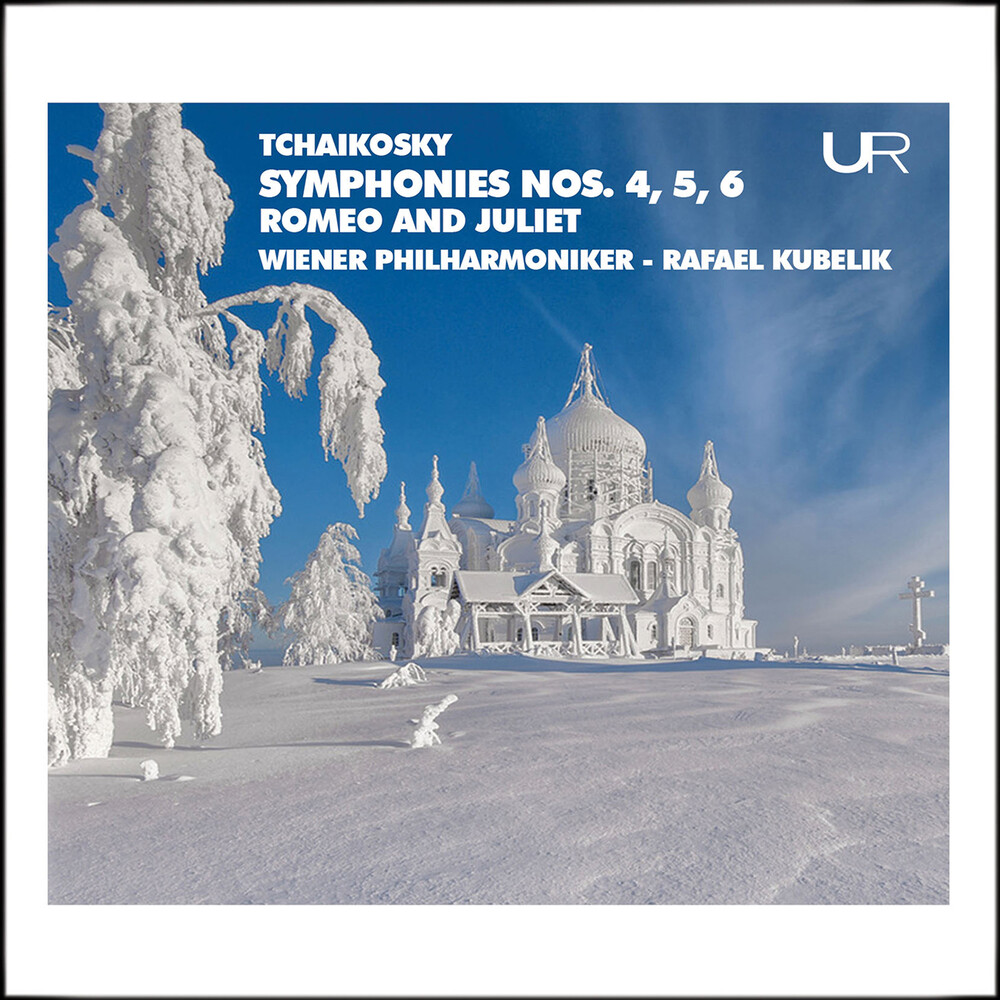 Tchaikovsky's Symphonies are strangely not included in Kubelik's discography. This Album proposes a rare live recording with the same quality as that of a studio. Kubelík was the sixth of the eight sons of the distinguished Czech violinist Jan Kubelík and the Hungarian-born Countess Marianne Csaky-Szell. Between 1921 and 1929 he studied the orchestral repertoire daily by playing four-hand piano arrangements with his uncle Frantisek Kubelík, prompting this comment from his father in 1926: 'He could realise great things. He is eleven, plays splendidly violin, piano, sight-reading scores and has a good knowledge of the orchestra. Some time ago he had a look to one of my orchestral works and asked me to add a horn to a particular part: he was right!' He entered the Prague Conservatory in 1929 where for the next four years he studied piano, violin and composition. The present release showcases Kubelik with the Weiner Philharmonic, as they perform Tchaikovsky's Symphonies Nos. 4, 5, and 6, as well as Romeo and Juliet. The original recordings were made in 1960 and 1955.