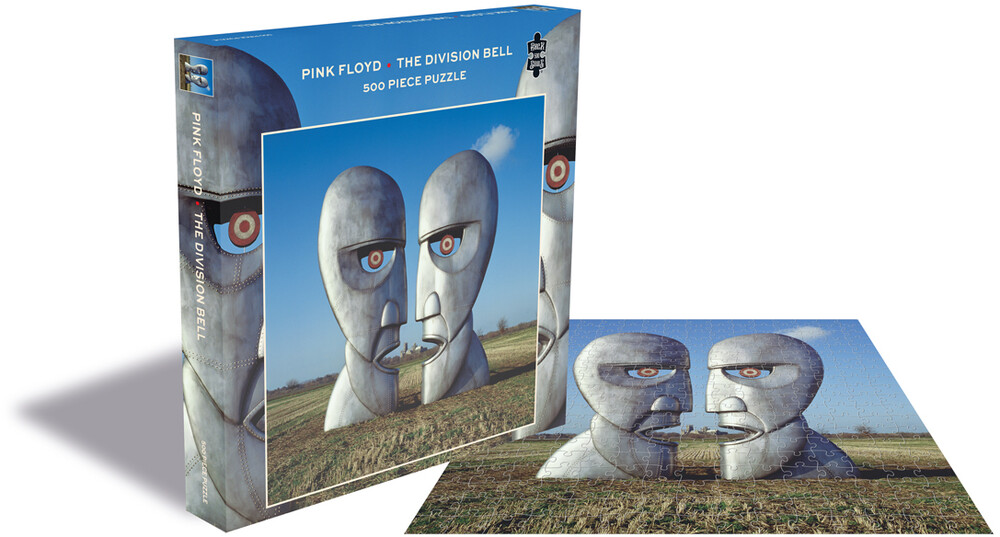 "The Division Bell" is the fourteenth studio album by the English progressive rock band Pink Floyd, released on 28 March 1994 by EMI Records in the United Kingdom and on 4 April by Columbia Records in the United States. The Division Bell reached number one in more than 10 countries, including the UK and the US. It was certified double platinum in the US the year it was released, and triple platinum in 1999. It was followed by a tour of the US and Europe. The Division Bell deals with themes of communication and the idea that talking can solve many problems. The title refers to the bell rung in the British parliament to announce a vote. Floyd collaborator Storm Thorgerson provided the album artwork. He erected two large metal heads, each the height of a double-decker bus, in a field near Ely. The sculptures were positioned together and photographed in profile, and can be seen as two faces talk-ing to each other or as a single, third face. In 2017, they were moved to the London Victoria and Albert Museum for display in a Pink Floyd exhibition. 500 pieces, Weight: 490g, Jigsaw size: 39cm x 39cm, Box size: 30.9cm x 30.9cm x 2.8cm