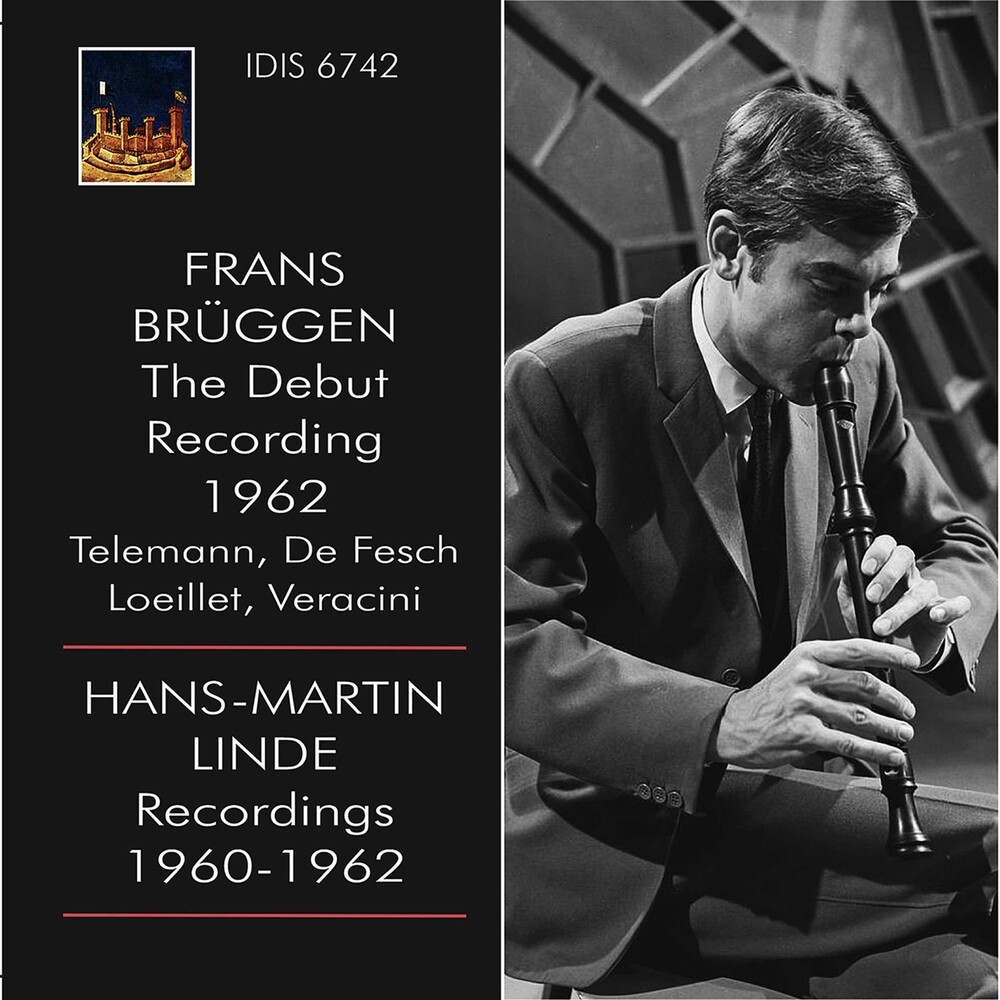 The great Duch flutist Frans Brüggen (1934 - 2014) has been the maker of the re-discovery of recorder during the XX Century and can consider the performer who has done more for this instrument becoming very popular among the young public audience. Brüggen had a technical and peerless sense of music and using these gifts and talents he made XVII and XVIII century philological composition new and spontaneous proving a single musician can make lively and brilliant even the most severe musical studies. IDIS has come to the third release dedicated to Brüggen youth recordings. IDIS presents for the first time on album the first album recorded by Brüggen in 1962 for Brunswick Rec. This album collects works by Telemann, de Fesh, Loeillet and Veracini. Brüggen is just twenty-eight but is clear that he is a real outsider and after this L.P. nobody could never compete with him in the world of recorder. These are tracks that can be consider unique because in addition to his peculiar virtuosity the listener is involved in a poetical musicality in German, French and German repertoire. Two Hans - Martin Linde recordings are included as bonus track.