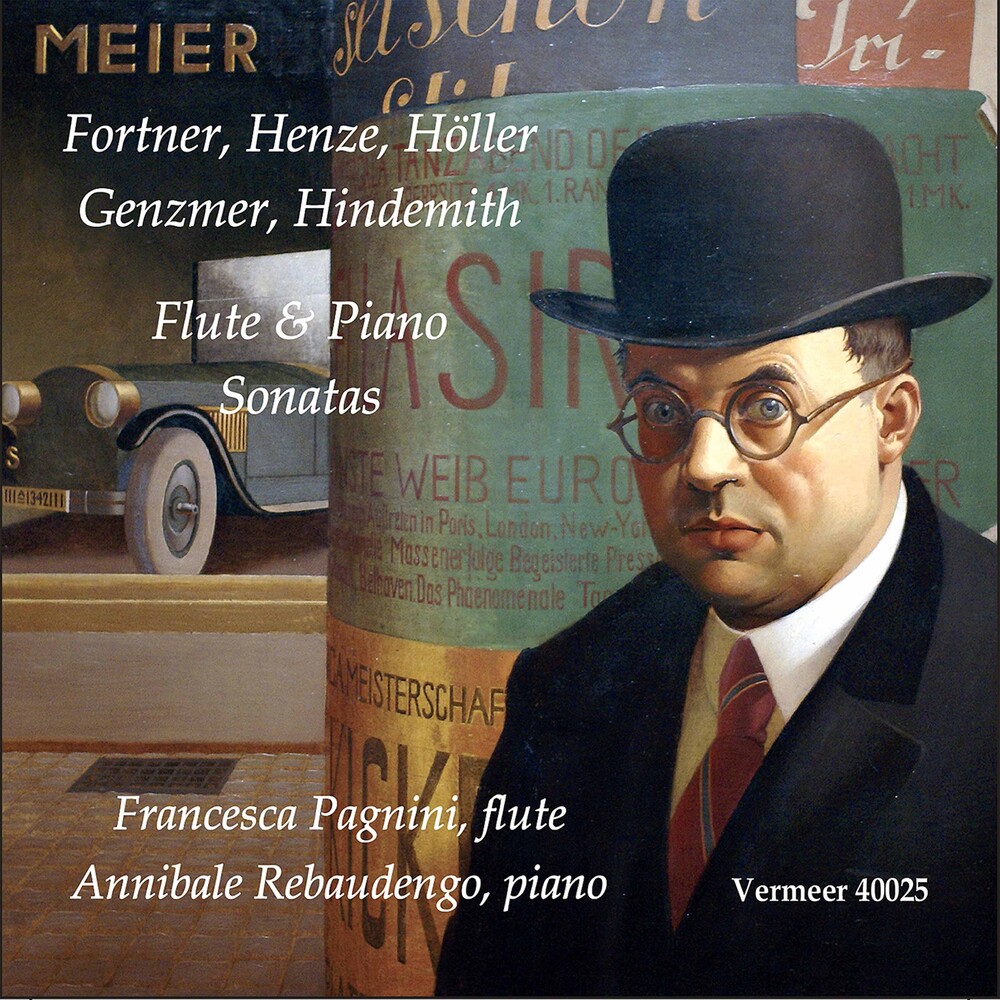 This Vermeer album collects five compositions of five German artists; among them only Hans Werner Henze Sonatina and Paul Hindemith Sonata were enough played. Also an open mind and complete performer as Jean-Pierre Rampal never include them in his wide discography, but Fortner, Henze, Genzmer and Höller Sonatas deserve all our interest and curiosity beginning from Wolfang Fortner Sonata (1974) a musician very important during the second half of XX Century having also a leading role in famous Darmstad Ferienkurse and was the teacher of many German musicians. Not less important Harald Genzmer (1909 - 2007) that was Paul Hindemith student at Berlin Hochschule für Musik. The second Sonata for flute and orchestra was composed in 1952 and it can be seen a work of tonal substantial language and it is articulate in only three movimenti. Born in Bamberg in 1907 Karl Höller from 1933 taught at Munich Academy and from 1938 was at Frankfurt Hochschule für Musik and from 1949 to 1972 taught at Munich Conservatory; his wide production, in many ways inspired by Richard Strauss and Hans Pfiztner includes also two flute and piano Sonatas and the most famous of which is the second Sonata in C major op 55 composed in 1955: very poetic and delicate work that seems have a strong French music influence.