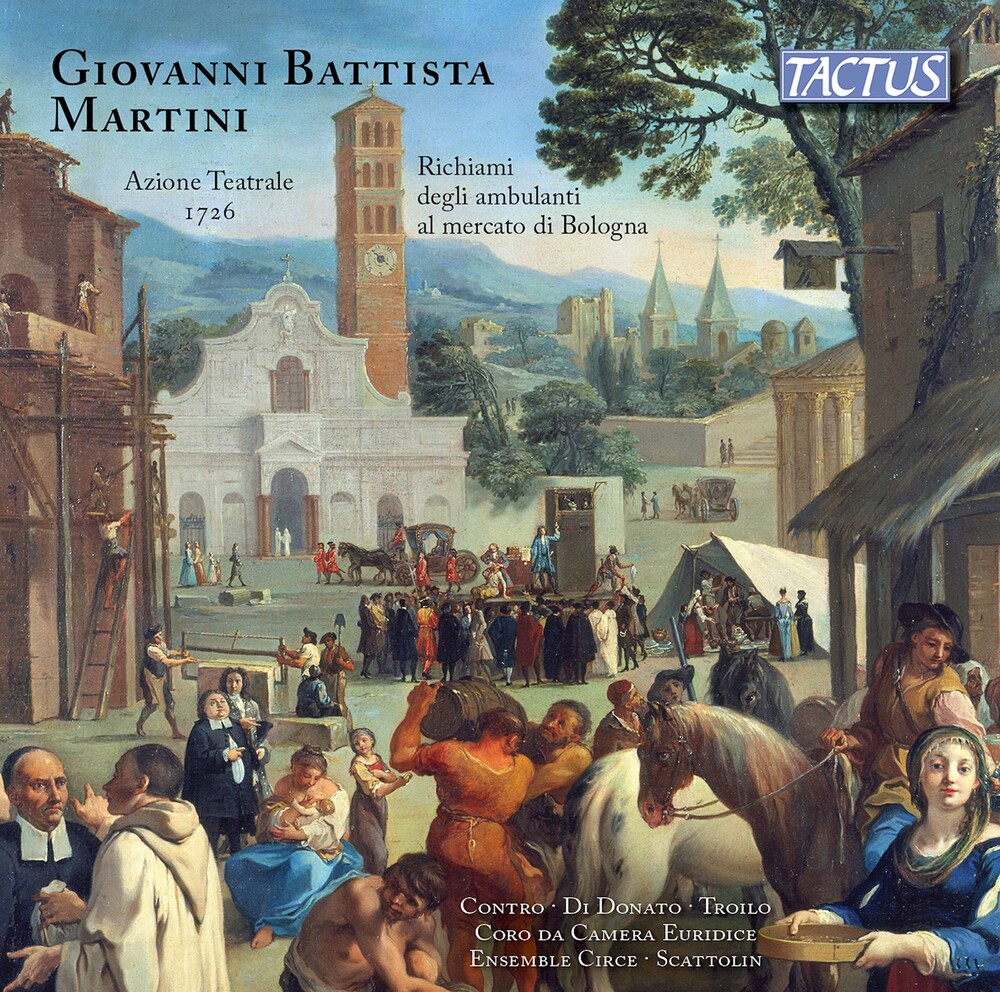 Few musicians were as versatile as the humble Brother Martini, who insisted on being called that way in spite of all the honors rendered to him in Bologna and everywhere. He is celebrated in our time as an extraordinary keeper of books, scores and paintings; in his time he was quite famous also as an erudite musician, an expert writer of treatises, a pioneering historian, and an authentic "maestro" of music. And as a composer, obviously; but of what? Of everything that pertained to a Kapellmeister and an organist: masses, motets, psalms, hymns, organ sonatas, and so on; and also harpsichord sonatas, concertos, cantatas, duets and profane arias. The Euridice Choir conducted by Pier Paolo Scattolin and the soloists Giacomo Contro, Angela Troilo, and Vincenzo Di Donato are the protagonists of the reconstruction (seen the several gaps found on the original score) of the intermezzo "Azione Teatrale" of 1726, and of the realization of the "Calls of the street vendors at the Bologna market," including 13 amongst the countless vocal canons composed by Padre Martini that, once for all is offering to us a lively cross-section of eighteenth-century Bologna in it's most daily and popular aspects.