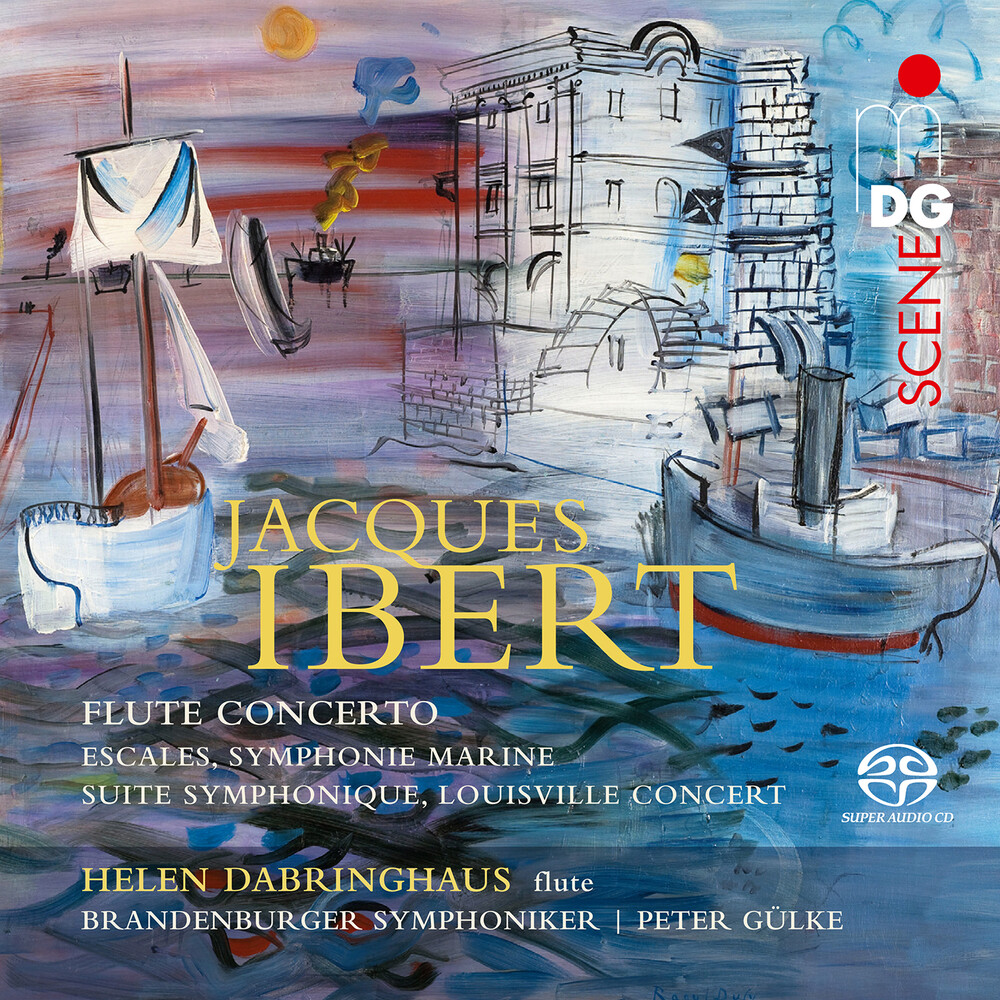 After Schubert and Brahms, Jacques Ibert is at the centre of the third production Peter GĂĽlke has recorded with his Brandenburg Symphony Orchestra for MDG. It has become much more than a "stopover": GĂĽlke presents the special, very individual qualities of this music between impressionism and neo-classicism, between romanticism and modernism, between virtuosity and sound painting on this Super Audio album with apparent matter-of-factness that testifies to deep knowledge and great respect. It is difficult to categorize Ibert as belonging to a fixed style. He was of course in contact with the composers of the "Groupe des Six", who were around the same age, and of course influences by Ravel and Debussy cannot be ignored. "Escales"(stopovers), allow Ibert to visit three very different places, each with it's own coloring, as if on a journey, including the call of the muezzin and hints of Zingharese. In our country, Ibert's music is grossly underestimated. At most, the flute concerto is on the programme now and then, and GĂĽlke's expert compilation does not pass it by. Flutist Helen Dabringhaus, whom the composer hardly ever allowed time to breathe, audibly enjoys the demanding solo part, and in the polytonal layers of the second movement, the young virtuoso knows how to rub herself wonderfully against the accompanying strings. Outside musical stimuli are not uncommon in French music, and Ibert also draws inspiration from them, very clearly in the "Suite symphonique", rather enigmatically in the "Symphonie marine". The "Louisville Concert" even strikes American notes. GĂĽlke, who due to his age only wanted to take over the Brandenburg Symphony Orchestra on a transitional basis, forms these poetic works into magical sound paintings in what is now his fourth season. A stroke of luck for the orchestra - and of course for the audience!