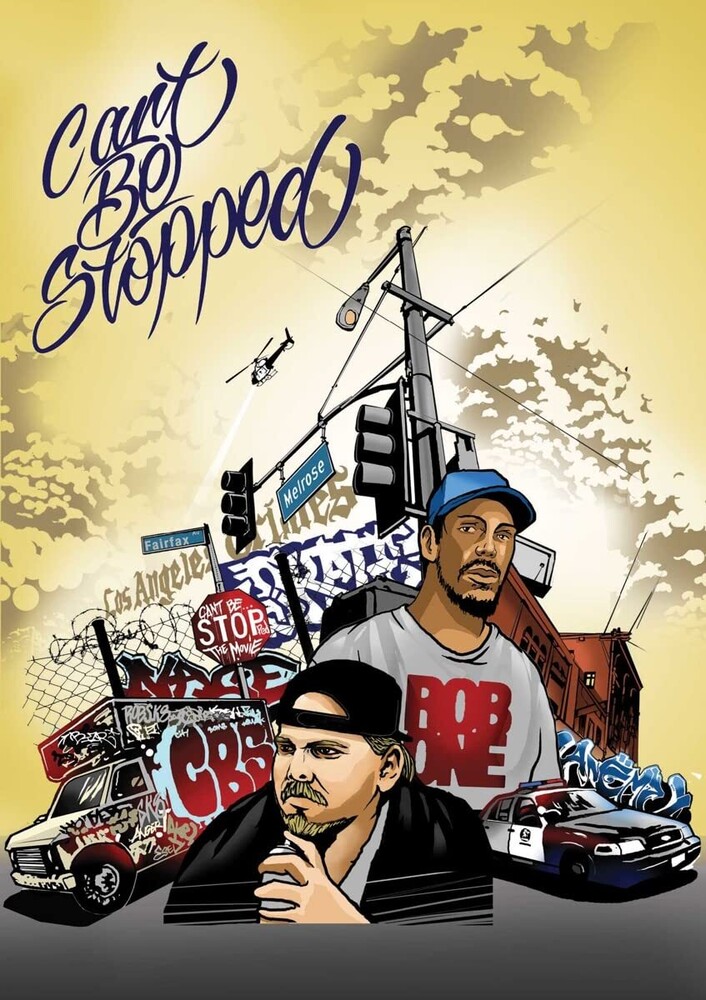 Hollywood's own "Can't Be Stopped" crew is one of the most influential and recognizable graffiti crews to emerge out of the U.S. is Since it's inception in the early 1980's, the initials C.B.S. have been at the forefront of evolving graffiti art into a true, authentic art form. The kinship forged by father figure "Skate" creates a bond of brotherhood, a surrogate family protecting these artists from the temptations of the Hollywood streets, imprinting upon them an unrivaled standard of morality, respect and integrity in graffiti. Skate's tutelage becomes their lore and mantra, the driving force as these boys come of age, many from broken homes, into their ultimate success and prosperity. Unbeknownst to these young artists, they were shaping the medium and ultimately became pioneers. Their notoriety and acclaim was a transcending factor that evolved this contemporary art form, transcending the stigmas attached to this subculture.Through interviews, the story of Hollywood's "Can't Be Stopped" crew is told. Father figure "Skate" mentors a group of boys, raising them from broken homes and forming a surrogate family. Under his tutelage, these boys come of age as he protects them from the Hollywood streets, mentoring them in standards of morality, respect and integrity in their art. The CBS crew grow in notoriety and acclaim, transcending this contemporary art form, breaking the stigma and stereotypes associated with graffiti.
Stock levels do not reflect our retail location. Available items ship directly to your doorstep from our supplier's warehouse. To check our retail stock levels give us a call at 317-259-1012'
This website uses cookies to personalize content and analyse traffic in order to offer you a better experience.
I accept Learn More
back to top