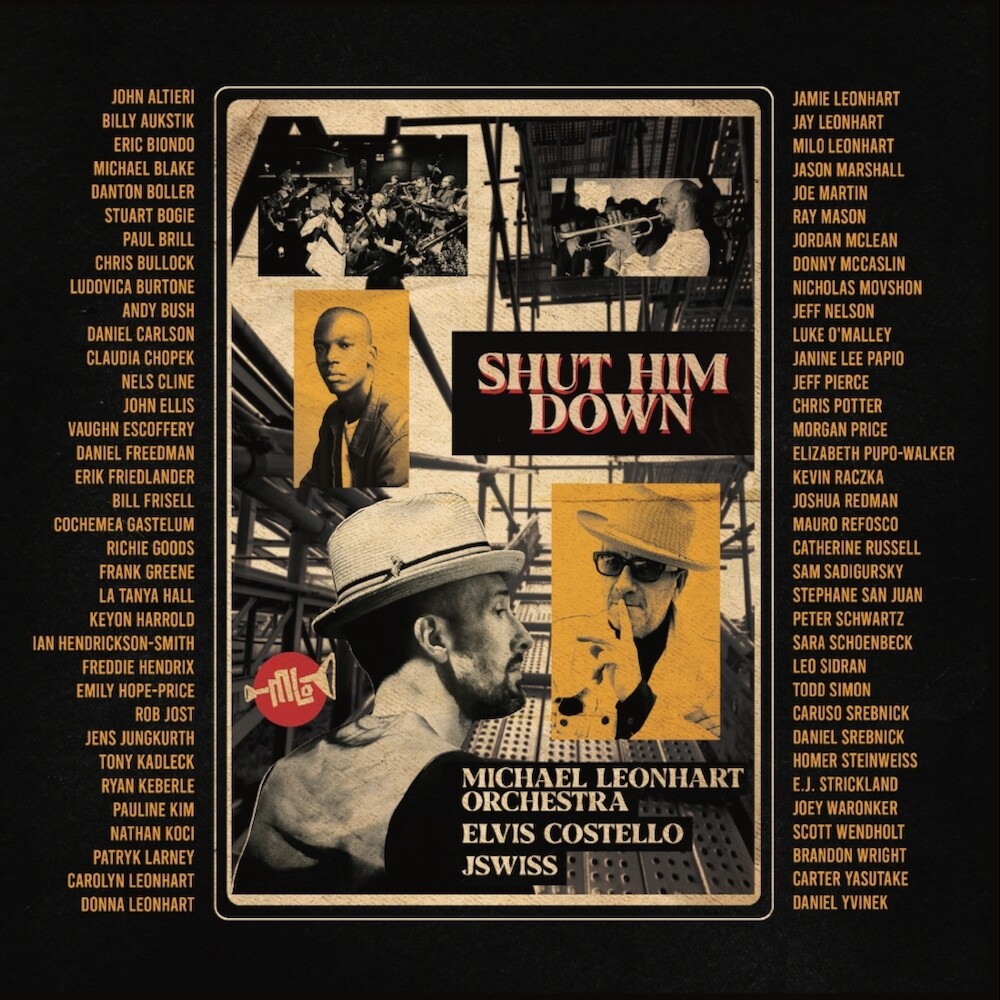 Shut Him Down
Artist: Michael Leonhart
Format: Vinyl
New: Not in stock
Wish

"Shut Him Down" was the third song written by Michael Leonhart & Elvis Costello during the 2020 quarantine. The first two, "Radio Is Everything" and Newspaper Pane"-both of which were produced by Leonhart-appeared on Elvis' 2020 solo album, Hey Clockface. Michael and Elvis first met in 2007 at the Molde Festival in Norway, where Costello and the late Allen Toussaint shared a double bill with Steely Dan, with whom Leonhart has played since '96. The two kept in touch over the ensuing years, including joining forces in 2015 for an Elvis Costello & The Imposters/Steely Dan tour. Early on in the quarantine, Leonhart sent Costello some instrumental music in need of lyrics. Costello states "Michael sent this music to me from New York at the perfect time." After finishing the first two songs, Leonhart asked Costello to sing over an original heavy Afrobeat song he had been recording with his Michael Leonhart Orchestra during lockdown. Costello crafted lyrics that exist at the crossroads of political commentary and existential contemplation. Leonhart then asked NY rapper, JSWISS to write a verse building off Elvis' lyrics and the drums grooves of Nick Movshon and Homer Steinweiss. Antibalas guitarist Luke O'Malley then came on board to write and record additional guitar parts. Side A ends with a fiery bass clarinet solo from Chris Potter, while side B features an extended tenor sax solo from acclaimed saxophonist Joshua Redman. "Shut Him Down" was first released in March 2022 on The Michael Leonhart Orchestra album, The Norymn Suites (Sunnyside Records) and now becomes available as a limited edition 7" b/w instrumental through Mighty Eye Records in partnership with Fat Beats.
Stock levels do not reflect our retail location. Available items ship directly to your doorstep from our supplier's warehouse. To check our retail stock levels give us a call at 317-259-1012'
This website uses cookies to personalize content and analyse traffic in order to offer you a better experience.
I accept Learn More
back to top