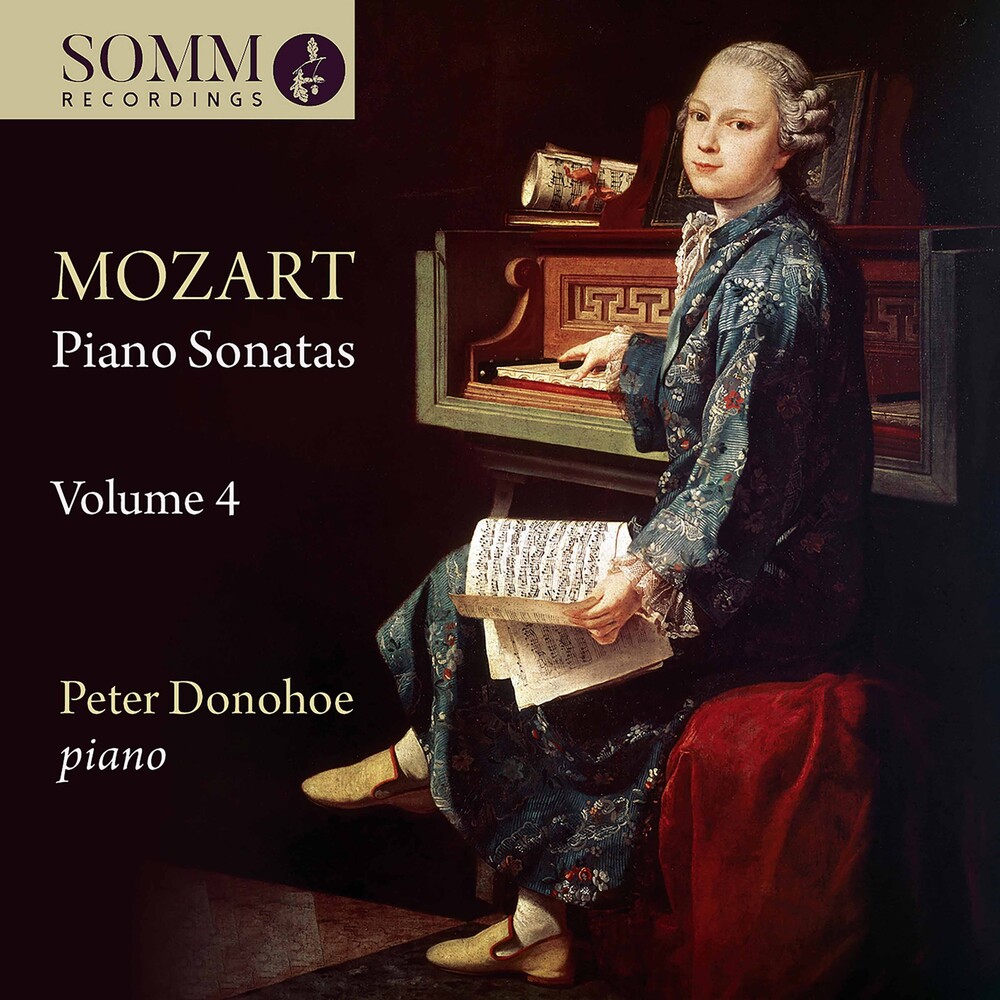 Volume 4 of Peter Donohoe's acclaimed survey of Mozart's Piano Sonatas on SOMM Recordings focuses on the composer's adoption of the newly emerging pianoforte and his bold exploitation of it's more sophisticated voicing. Sonatas Nos.1 in C major (K279) and 5 in G major (K283) were composed as a set of six "difficult" sonatas by the 18-year-old prodigy in 1774. Containing hints of the mature genius to come, the Scarlatti-accented outer movements of the First Sonata frame a seductively perfumed, sensuously realized central passage of precocious sophistication. Sonata No.5 moves from grace to complexity to echo CPE Bach before ending in a breathless, left-hand accented contradanse celebrating the growing freedom and fluidity of Mozart's piano writing. More emotionally conflicted, Sonata No.12 in F major (K332) was composed in the wake of Mozart's failed search for employment in Paris, his mother's death and a moment of spiritual despair. Two miniatures complete the volume: the mysterious and engrossing late Minuet in D major (K355) and the austere and searching Allegro in G minor (K312). Christopher Morley returns as author of the series' authoritative and illuminating booklet notes. SOMM's Mozart Piano Sonatas survey has attracted superlative reviews. Volume 1 (SOMMCD 0191) received the accolades of MusicWeb International's Recording of the Year and BBC Music Magazine's Recording of the Month which declared: "It was high time someone blew the cobwebs off this still under-appreciated repertoire, and Donohoe is clearly the person to do it". Volume 2 (SOMMCD 0198) was also a MusicWeb International Recording of the Year. Musical Opinion described Donohoe as "an ideal interpreter", adding "no finer accounts of these still neglected masterpieces will have been offered to the public". Of Volume 3 (SOMMCD 0613), ClassicalMusicDaily said: "This is a recording full of joy... The collection as a whole deserves to be celebrated".