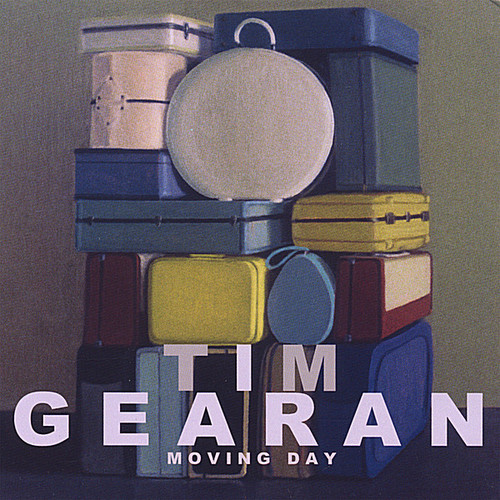 Tim spent his childhood years in New York, traveling back an forth from NYC to the suburbs. In Tim's home growing up, there was always a guitar handy to hack around with, and so he was inspired to pick it up at a young age. Tim started to take his practice more seriously in his teen years by learning to sing and play like his heroes; The Beatles and The Stones, of course, and subsequently many of their influences (Chuck Berry, Muddy Waters, Bo Diddly, Bob Dylan) to name just a few. For a long time after that, Tim was a real nose to the grind stone blues student. While learning the ins and outs of traditional blues, he always had one iron in the songwriting fire. By the time Tim was in his twenty's he was playing for audiences and creating a style of his own. Since then he has made a living playing music in New Orleans, Los Angeles, Martha's Vineyard and has been in Boston since the 1980's. Around 1992, Tim began playing guitar with and writing songs for W.C. Handy nominee Toni Lynn Washington. During that time, Tim toured clubs and festivals in Europe and the U.S. The release of his debut CD, "Back Home" has allowed Tim to reveal his enormous creative range and delightfully understated song writing, exposing the emergence of a talent to watch. Along with playing his music for crowded rooms around Boston at venues such as Club Passim, Johnny D's, the Regent Theater and others, Tim has enjoyed about a 10 year residency on Monday nights at TOAD in Porter Sq. Cambridge. Tim's Monday night gig has been called "one of the premier hangs of the Boston music scene." At the 2004 Boston Music awards, Tim bashfully received a Gibson Guitar "Unsung Hero Award" presented by long time supporter Billy Conway (Treat Her Right, Morphine). Tim's wide range of writing styles is a reflection of the music he loves to listen to, with influences ranging from Randy Newman, and J. J. Cale to Ray Charles and The Band. Comparisons have also been made to Doug Sahm, Guy Clarke and Chris Smither. Call it American music, rich in the traditions that have surrounded this talented songwriter. With a gifted cast of musicians, Tim has crafted a refreshing but familiar acoustic down-home feel that has been and will continue to connect with audiences for years.