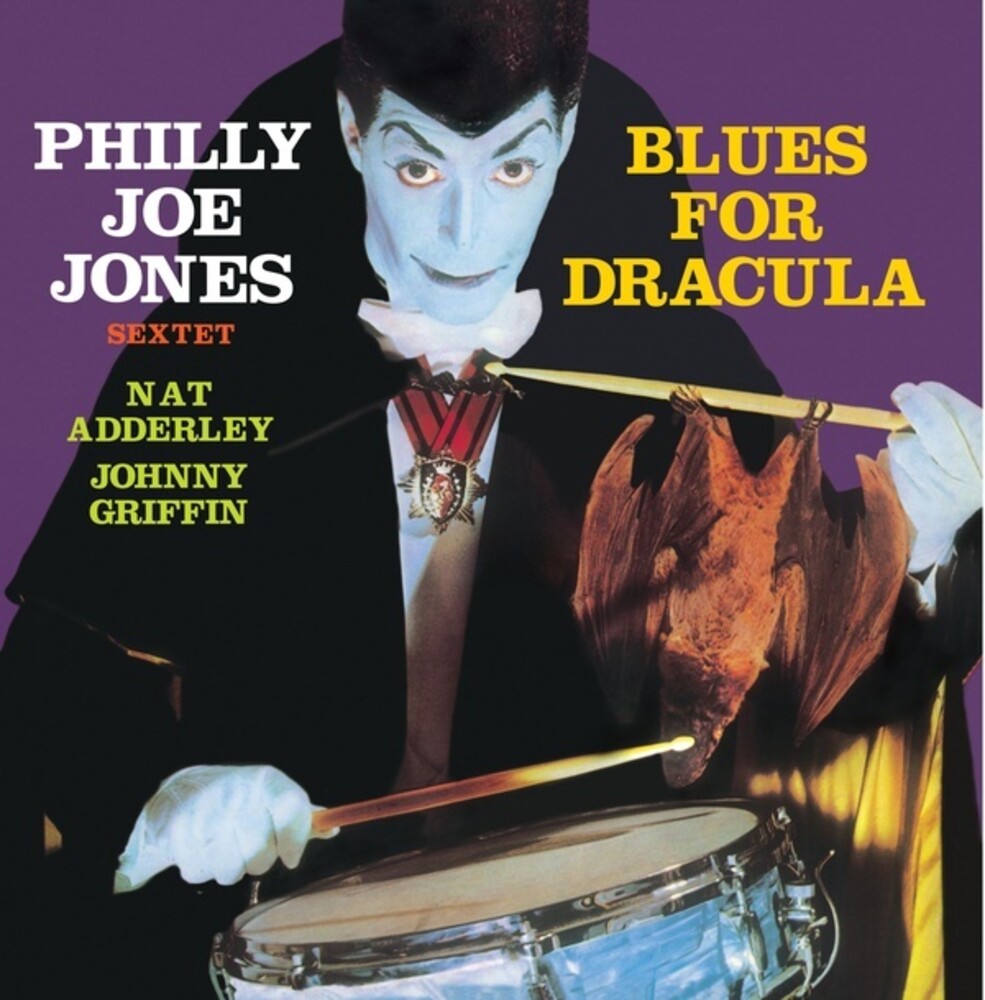 Vinyl LP pressing. Honey Pie Records present a reissue of Philly Joe Jones Sextet's Blues For Dracula, originally released in 1958. Blues For Dracula is the debut album by American jazz drummer Philly Joe Jones which was recorded in 1958 for the Riverside label. A former child tap dancer, Philly Joe Jones was destined to become something of a percussionist. As it was, he became world renowned as the drummer of Miles Davis first great quintet, serving as the rhythm and time keeper of that great outfit between 1955 and 1958. He left for a solo career in 1958. His debut became an instant classic thanks to the title track (written by Johnny Griffin) and the similarly themed cover. The song packs plenty of hard-charging swing and blues-drenched improvisation from cornetist Nat Adderley, trombonist Julian Priester, saxophonist Johnny Griffin, pianist Tommy Flanagan, and bassist Jimmy Garrison. But it's also a cheeky take on the horror-film craze of the 1950s, complete with a Bela Lugosi impersonator who intones with a thick Transylvanian accent, "I'm the Bebop Vampire. I like the song the song to shine!" Thereafter, Philly Joe both led his own groups (he would record a further twelve albums up to 1982) as well as performing as a sideman for a wide variety of musicians including Bill Evans and Hank Mobley.