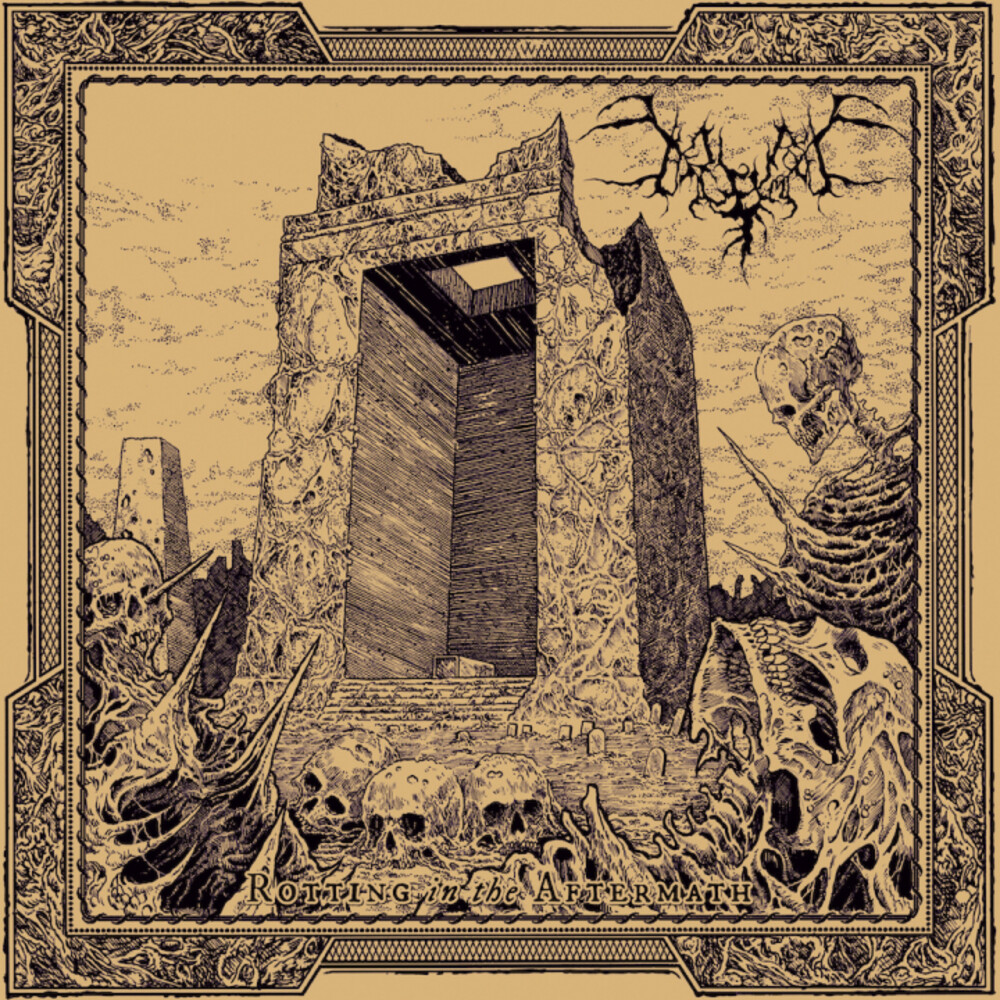 Edmontonian death merchants Begrime Exemious are back with a devastating long-player on the mighty Dark Descent Records. Rotting In The Aftermath marks the band's fourth album, all of which were released through the Colorado label. The band's tireless work ethic is renowned throughout the scene, with annual releases the order of the day. Yet six years have passed since 2016's The Enslavement Conquest'-just what took them so long?! "Following the release of The Enslavement Conquest in 2016, we started to write music for it's follow up. We took our time over the next couple years writing the songs, as we were still supporting the last album on the road with tours across the US and Canada," reveals vocalist / guitarist Derek Orthner. "Naturally, the new songs made their way into our set lists, and by 2018, we attempted to record. This session was aborted in favor of further refinement, as we felt these songs could benefit from faster tempos and even lower tunings in some cases. Finally, in 2019, we recorded the nine tracks of what would become our fourth full length, Rotting In The Aftermath. We pushed ourselves deeper into the realms of death metal, and as such, we feel that [this album] is the best representation of what Begrime Exemious is all about. It was truly forged on the road, and takes our brand of filth to the next level of apocalyptic devastation."
Stock levels do not reflect our retail location. Available items ship directly to your doorstep from our supplier's warehouse. To check our retail stock levels give us a call at 317-259-1012'
This website uses cookies to personalize content and analyse traffic in order to offer you a better experience.
I accept Learn More
back to top