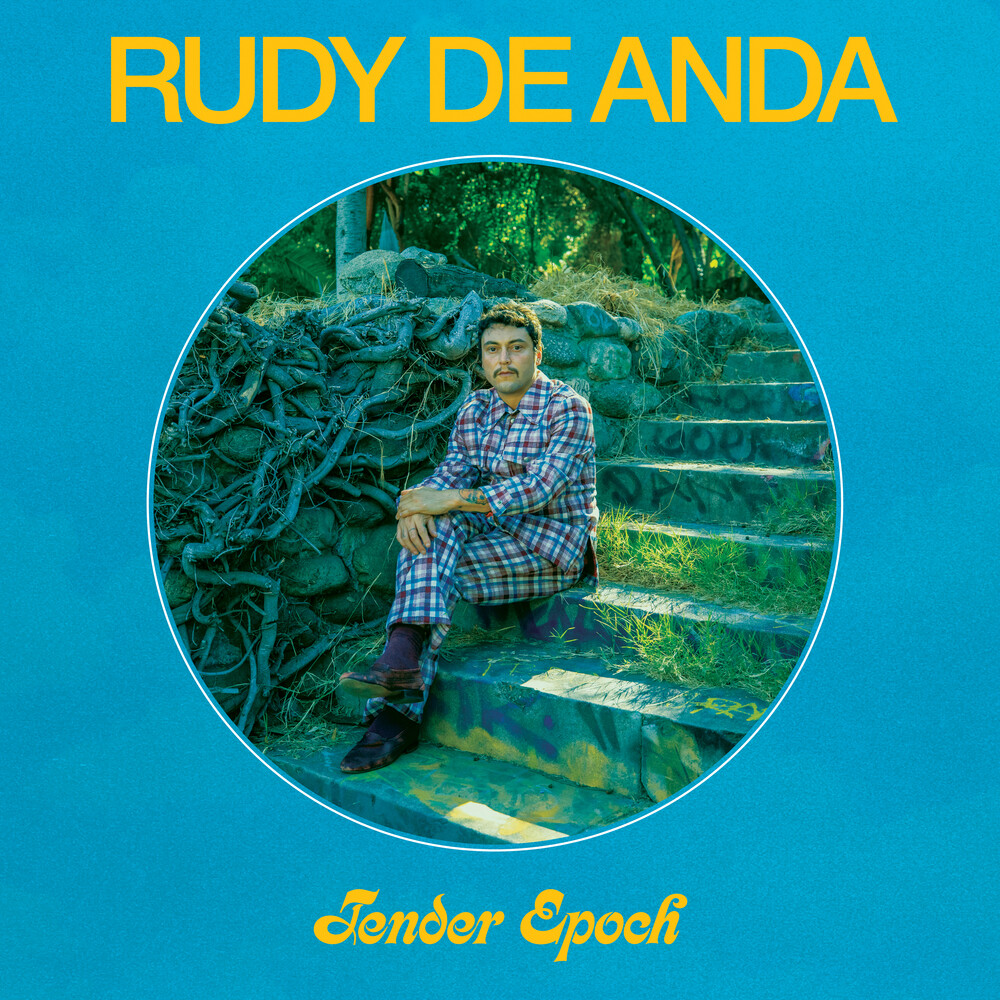 Conceived in the 1980s in Mexico and brought to California through the border inside of his 6-month-pregnant mother, Rudy de Anda's debut solo record is a love letter to the long historical lineage of rock 'n roll music as interpreted through his multicultural lens. "I write my own story, I don't want to be defined by any scene" de Anda proclaims of his personal journey, and his ability to adapt and flit between cities and cultures is part of why L.A. Record has called his sound "deliberately difficult to classify, familiar but novel at the same time."Since 2005, de Anda has played thousands of shows in various musical projects, but with 'Tender Epoch', tellingly the first recorded under his own name, he has clearly found his own voice with a wealth of stories to spotlight. It's exquisitely crafted pop, with universal messages of heartbreak and loss that still feel appropriate played speeding windows-down on the highway in the coastal sunshine. Above all, de Anda likes to keep people guessing: from the album artwork to the multi-faceted textures of sound, 'Tender Epoch' feels ambiguous to any era, a perfect collusion of old and new that showcases a music historian's knowledge of both past greats and influential peers. Sculpting his own path through a wild ride that feels unlikely to let up, de Anda refuses to settle down or get comfortable, instead carving out a classic record that is sure to set a standard for songwriting to come.The whole Colemine and Karma Chief family is proud to welcome Rudy de Anda and to present Tender Epoch.