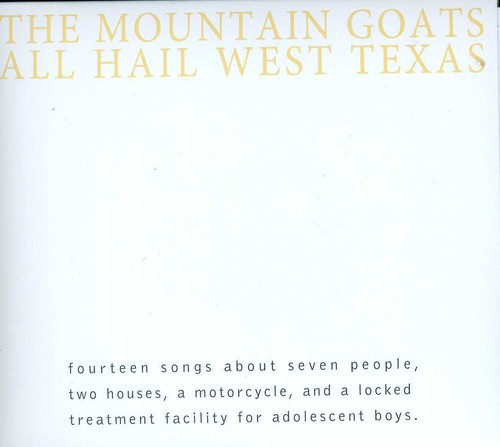 The last of the "all-home-recordings albums" by the Mountain Goats and the only one about which that claim is true, All Hail West Texas was originally released as a free-standing compact disc on the late, lamented Emperor Jones about a decade ago. The songs were originally transferred from the cassettes onto which they were recorded to 1/2" reels at Tiny Telephone by Alex Newport. Remastered from those reels, along with 7 unearthed songs from the two surviving contemporaneous cassettes, All Hail West Texas stands as the peak of the Mountain Goats' home recording era.