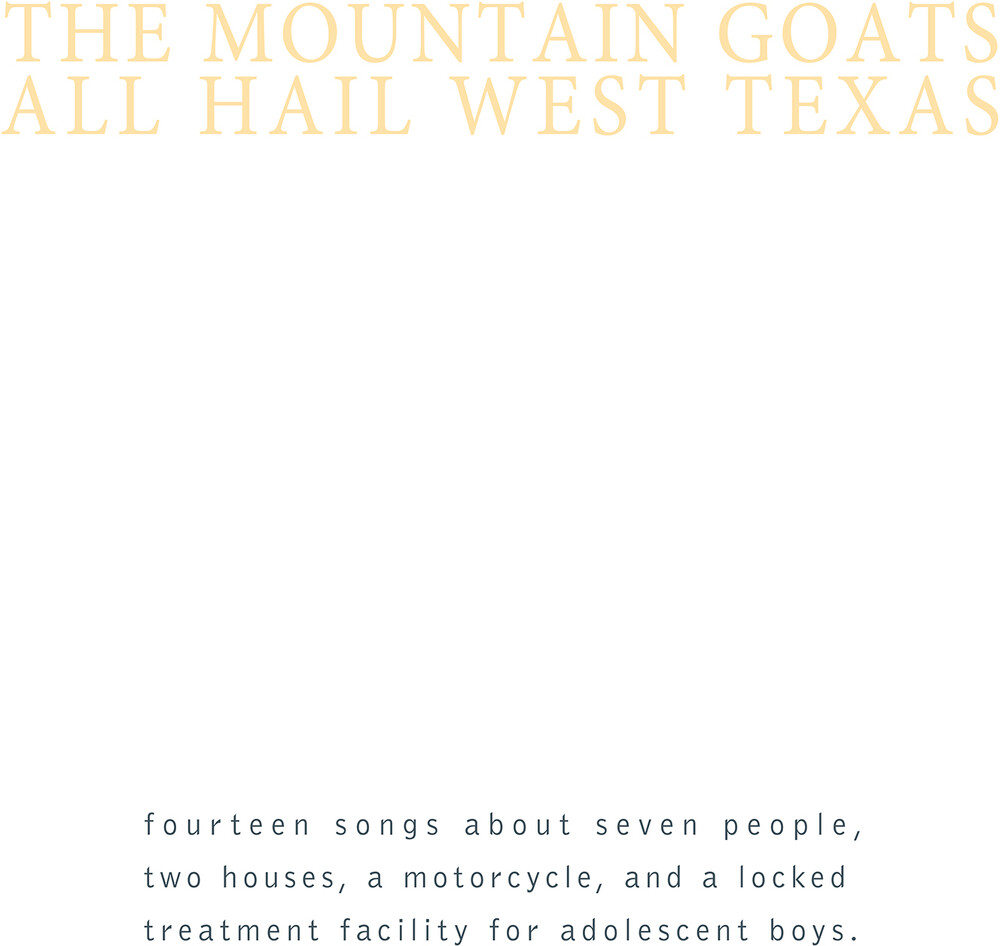 The last of the "all-home-recordings albums" by The Mountain Goats and the only one about which that claim is true, All Hail West Texas was originally released as a free-standing compact disc on the late, lamented Emperor Jones. That was about a decade ago. The songs were originally transferred from the cassettes onto which they were recorded to 1/4" reels at Tiny Telephone by Alex Newport, who also played in Fudge Tunnel. John got really excited when he realized his tapes were being EQ'd by the guy from Fudge Tunnel.Â Remastered from those reels, along with 7 unearthed songs from the two surviving contemporaneous cassettes, All Hail West Texas stands as the peak of The Mountain Goats' home recording era, a time people like to refer to as "when John Darnielle had his four-track," except John did not actually use a four-track. He used the condenser mic of a Panasonic boombox and there was no overdubbing. All songs recorded on the day they were written, usually within minutes of the actual composition. Highlights include "Jenny," "Fall of the Star High School Running Back," and "The Best Ever Death Metal Band in Denton," a song which has compelled audiences around the globe to yell "Hail Satan," and to mean it.Â 1. The Best Ever Death Metal Band in Denton 2. Fall of the Star High School Running Back 3. Color in Your Cheeks 4. Jenny 5. Fault Lines 6. Balance 7. Pink and Blue 8. Riches and Wonders 9. The Mess Inside 10. Jeff Davis County Blues 11. Distant Stations 12. Blues in Dallas 13. Source Decay 14. Absolute Lithops Effect