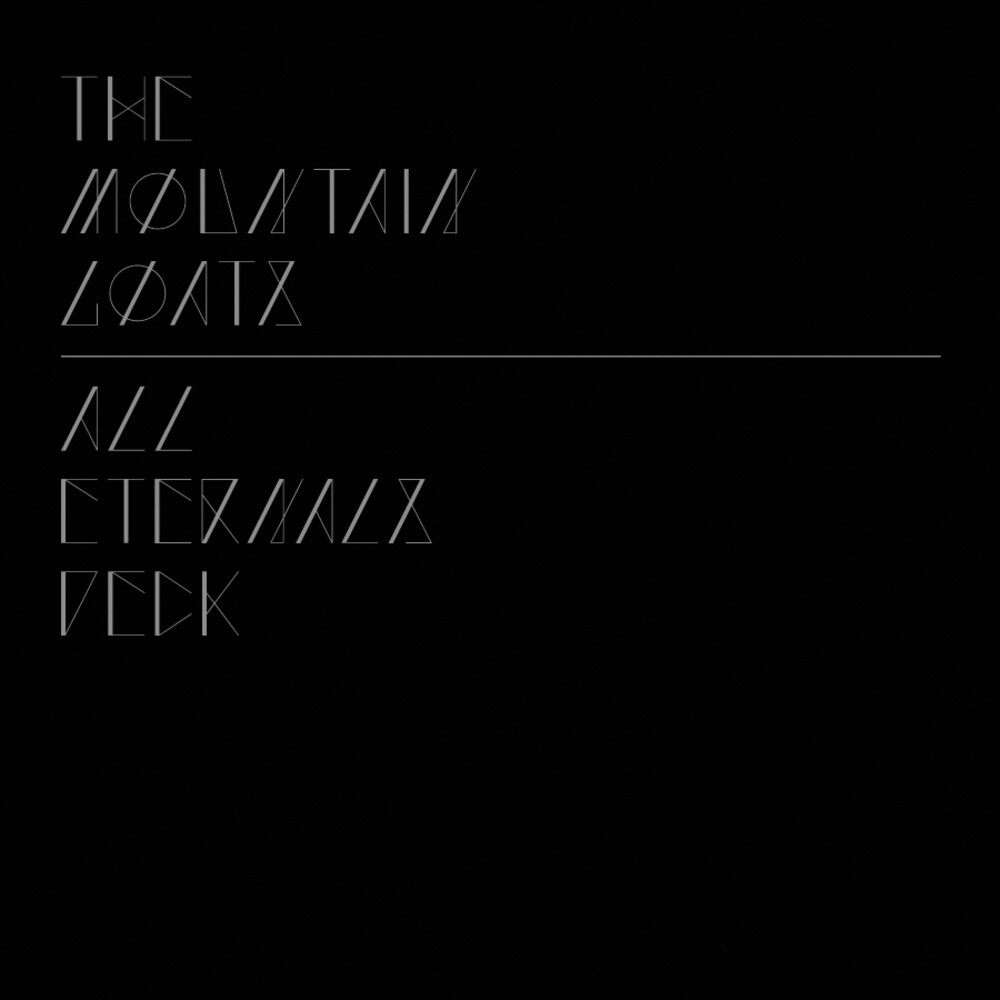 The Mountain GoatsÂ are a trio from the mid-Atlantic and points north, helmed by John Darnielle ("one of America's most startling lyricist/poets" -Boston Herald) and kept honest by Peter Hughes and Jon Wurster. Though the Mountain Goats have been making records since the battle of Little Big Horn,Â All Eternals DeckÂ is their third following the ratification by unanimous vote of their trio lineup (the bill, known as the Jon Wurster Mountain Goats Drummer Act of 2007, passed 2-0 with zero abstentions). Having taken to the open road as soon as the act was signed into law and consolidated their powers into a focused triune weapon, the three spent 2010 making commando raids on studios up the seaboard from Tampa to Boston, recording along the way with producers John Congleton, Brandon Eggleston, Erik Rutan and Scott Solter. Gravitating toward images and stories of doomed people or tribes trying to leave a scratch mark or two on some visible surface before their brief moment in the sun has slipped by forever,Â All Eternals DeckÂ continues Darnielle's career-long quest to find hard-won moments of joy in the momentary resolve of people who have recognized, in the glare of a train's oncoming head lamp, their fate.