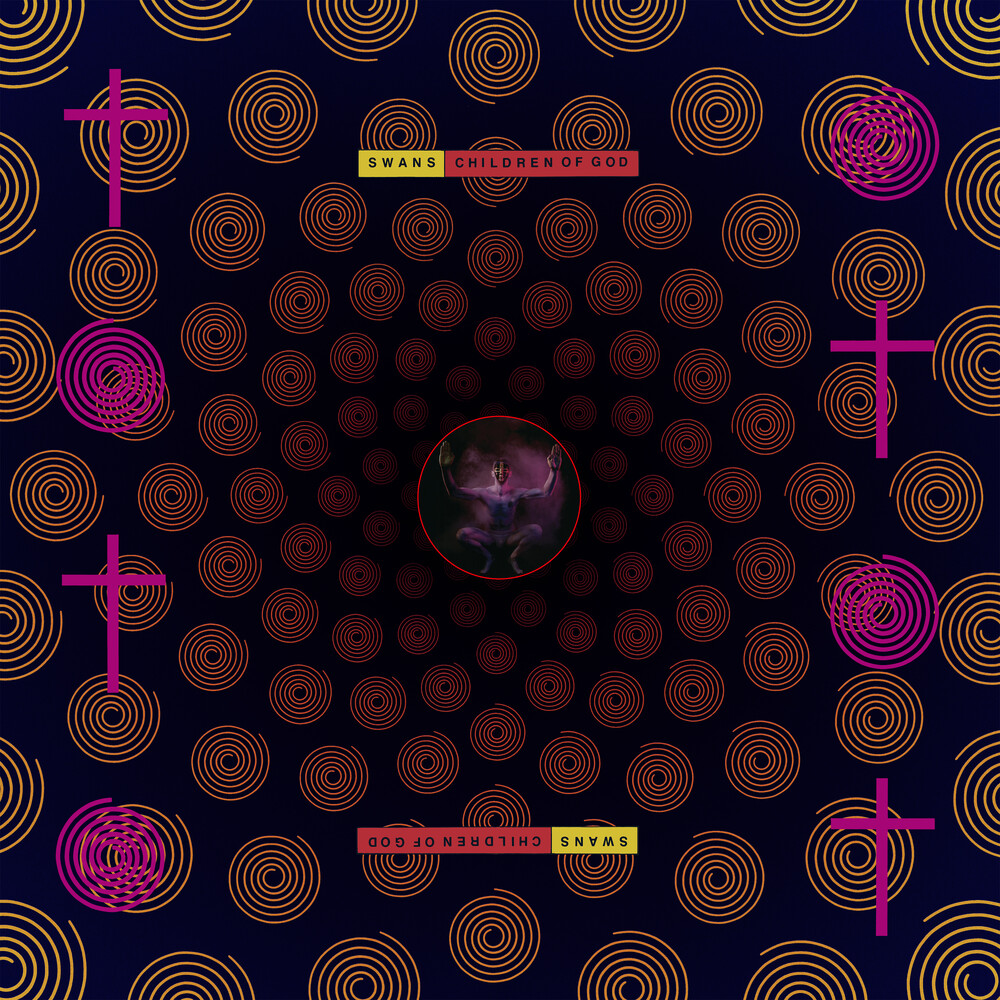 By 1986/7 Swans had run it's course with the physical assault of sound they had employed previously for the most part. Michael Gira states "I wanted to move on to other things and didn't want to get stuck in some style, which in our case had the potential of becoming cartoonish if we'd continued in that direction. So, I pushed the music into unfamiliar territory". The band spent 6 weeks in an old isolated medieval sawmill in Cornwall, England "experimenting" and hashing things out. Gira describes the lineup with Kizys / Westberg / Jarboe / Parsons as "one of the best live versions of Swans ever - actually much more intense and visceral in performance than in the nuanced takes of the songs on these recordings. Jarboe came more to the fore as a presence too." In 2008 Gira would reflect on Children of God as a major turning point for Swans, and the musical tendencies that are first engendered here were fertile ground for the remaining future records. Originally released on Product Inc. (a subsidiary of Mute) in 1987, the album has been remastered and will be available on vinyl in it's original packaging for the first time since that release. Both the CD and vinyl issues will include the live album, Feel Good Now, recorded on the 1987 Children of God European tour, in the CD version as an extra disc and in the vinyl version as a download card.