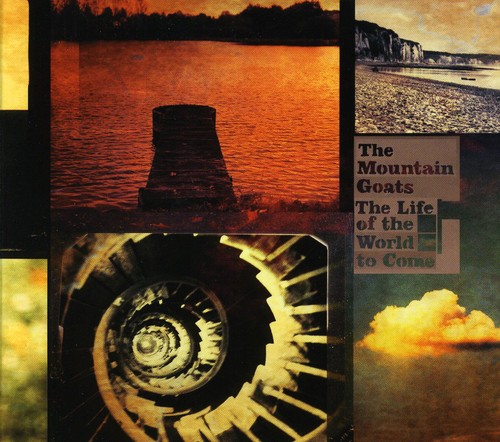 The Mountain Goats have been making records since that mythical time when the term "tape-only label" didn't require any elaborate explanation, but have been recording and touring in their current incarnation since 2007. That current incarnation consists of John Darnielle, Peter Hughes & Jon Wurster, who, having toured Australia, England, and the U.S. several times (and a cruise ship once), recorded THE LIFE OF THE WORLD TO COME across three studios with three producers from April through June of 2009.