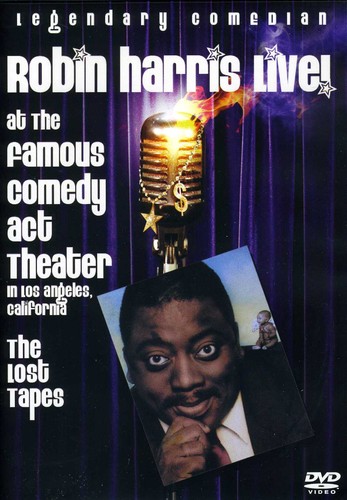 Robin Harris Live at the Comedy Act Theater-The Lost Tapes This never before released Live Show of Robin Harris as the host and his comedy friends at the Comedy Act in Los Angeles 1987 As master of ceremonies at the Comedy Act, Robin Harris took verbal potshots at anything that moved-and that included customers. To get to the club's restrooms, patrons had to maneuver toward the stage and snake past crowded tables and chairs, providing Harris with ample time to comment on their clothes, hair, or walk.