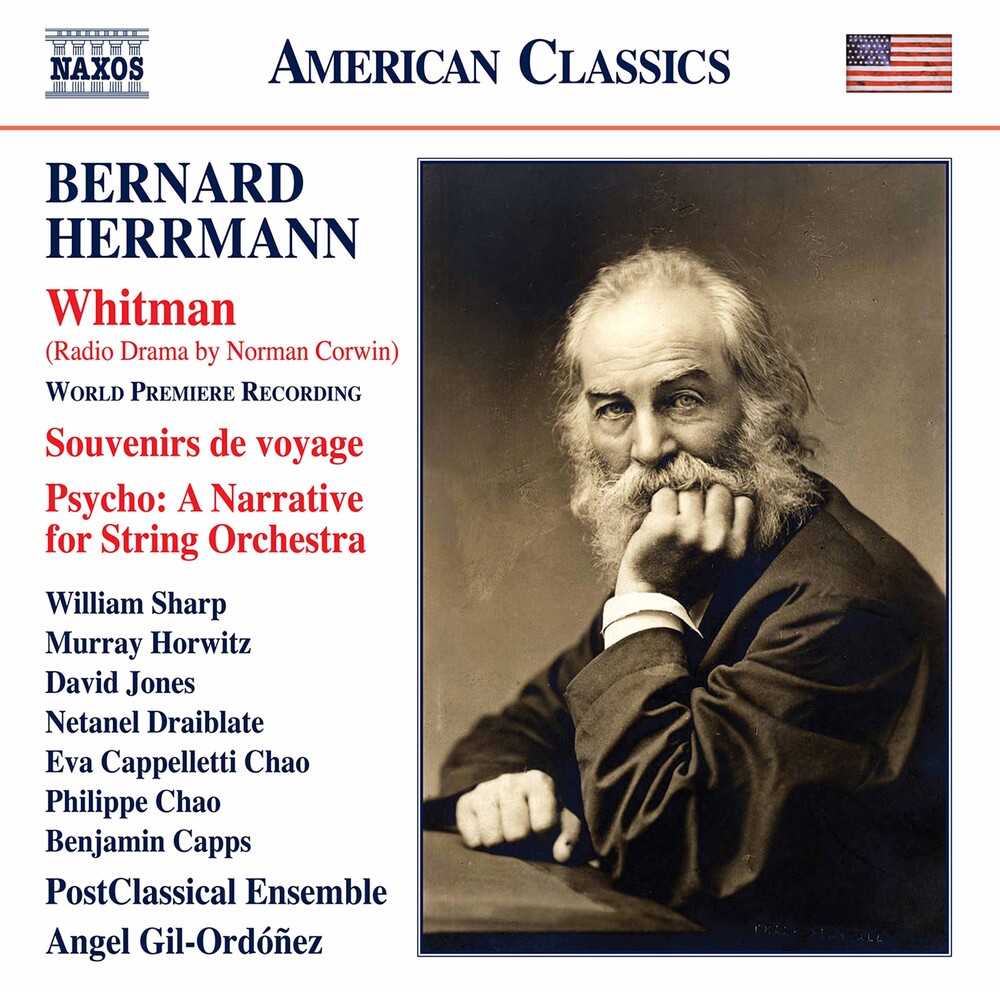 Bernard Herrmann was famous for his film scores, but he was also a leading figure in music for radio, to which he brought his inimitable palette of mood and sonority. Whitman, whose subject is Walt Whitman's collection of poems Leaves of Grass, was a 1944 radio drama, a genre now much neglected but revived in this newly restored version. Psycho: A Narrative for String Orchestra is not a suite or excerpts from the film but a concert work, re-ordered and re-composed, while Souvenirs de voyage is one of the most polished and seductive of all American chamber works.