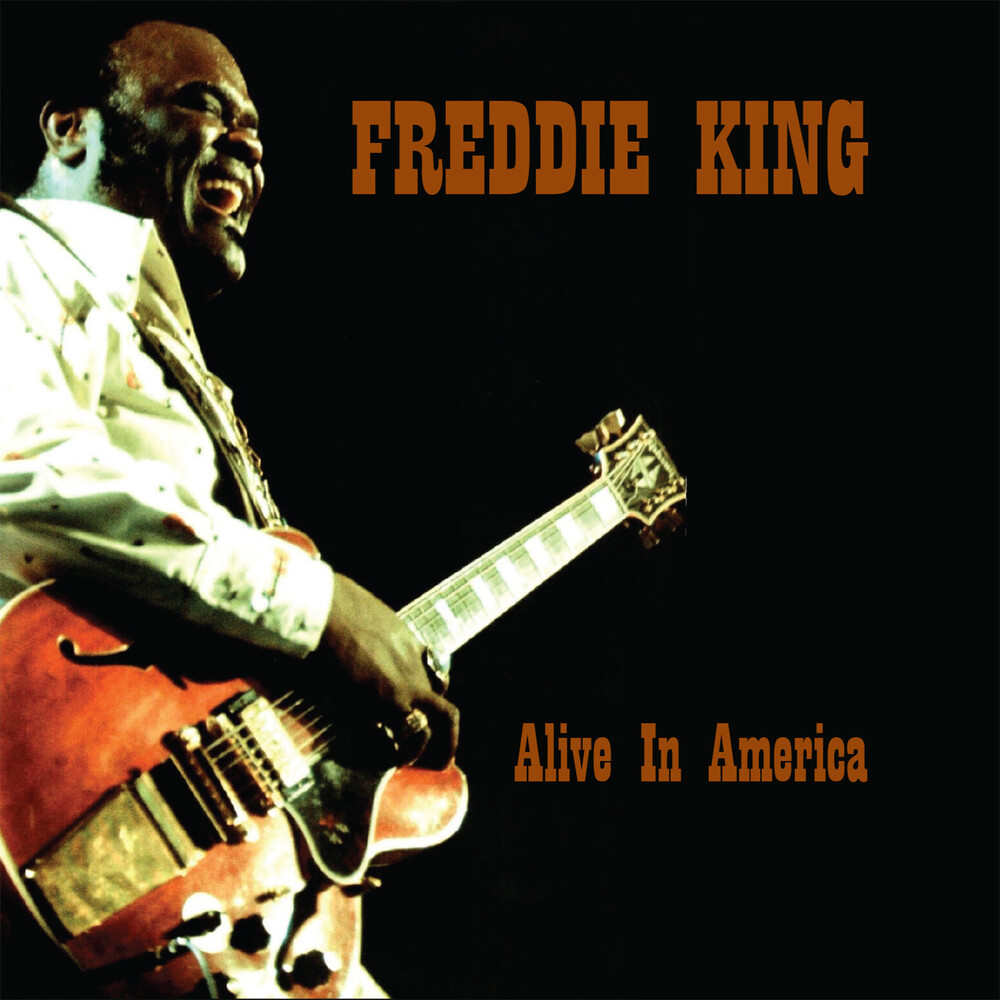 Freddie King (September 3, 1934 - December 28, 1976) was an American blues guitarist, singer and songwriter. He is considered one of the "Three Kings of the Blues Guitar" (along with Albert King and B.B. King, none of whom were blood related).[1][2] Mostly known for his soulful and powerful voice and distinctive guitar playing, King had a major influence on electric blues music and on many later blues guitarists.King moved to Chicago when he was a teenager; there he formed his first band the Every Hour Blues Boys with guitarist Jimmie Lee Robinson and drummer Frank "Sonny" Scott. As he was repeatedly being rejected by Chess Records, he got signed to Federal Records, and got his break with single "Have You Ever Loved a Woman" and instrumental "Hide Away", which reached number five on the Billboard magazine's rhythm and blues chart in 1961. This live album was recorded in Denver in 1974.
Stock levels do not reflect our retail location. Available items ship directly to your doorstep from our supplier's warehouse. To check our retail stock levels give us a call at 317-259-1012'
This website uses cookies to personalize content and analyse traffic in order to offer you a better experience.
I accept Learn More
back to top