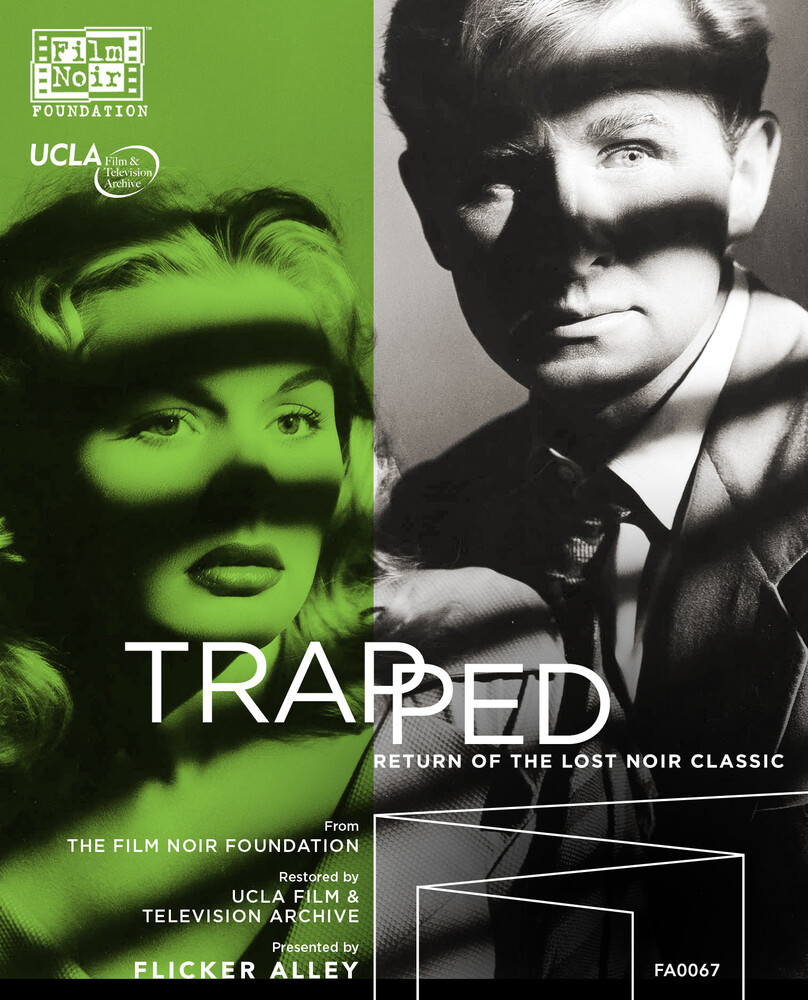 Before making Hollywood epics such as Tora! Tora! Tora! And 20,000 Leagues Under the Sea, director Richard Fleischer started his career with a series of low-budget B-features, often taking ripped-from-the-headlines tales of crime stories and spinning them into noir gold... of which an exquisite example is 1949's endlessly entertaining Trapped. A young Lloyd Bridges stars as hardboiled hood Tris Stewart, a convicted counterfeiter doing time in the Atlanta pen. When a fresh batch of fake bills starts circulating, treasury agents bail Stewart out to help lead them to the maker of the fake plates. But Tris double-crosses the Feds, hooking up with his gun-moll sweetie (22-year-old Barbara Payton in her breakout role). They plan to heist the plates and hightail it across the border. With the Feds closing in and the double-crosses piling up, Stewart finds himself between a rock and a hard place... and this time, he may be trapped for good! Although long sought by the Film Noir Foundation, Trapped was believed to have suffered the unfortunate fate of many B-films of the era-oblivion. But when a private collector deposited a 35mm acetate print at the Harvard Film Archive, the Film Noir Foundation and UCLA Film & Television Archive (with support from the Hollywood Foreign Press Association's Charitable Trust [The HFPA Trust]) sprang into action, restoring the film. The result, presented in a Blu-ray/DVD dual-format edition by Flicker Alley, honors the pitch-perfect performances, assured direction, and gorgeous cinematography of this edge-of-your-seat, noir classic.