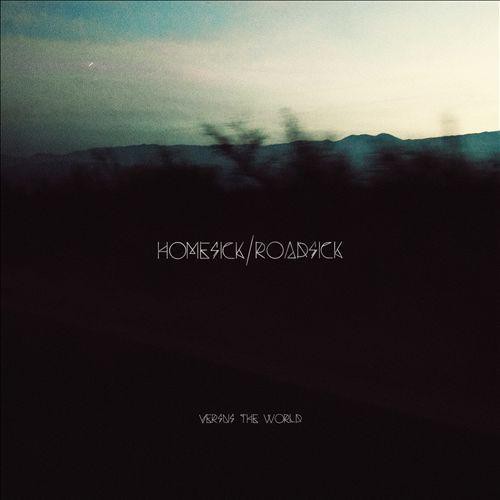 2015 release, the third album from Santa Barbara-based post-hardcore band Versus The World. Featuring members of Lagwagon and The Ataris, Versus the World has spent the last decade of their lives performing shows and recording, and have often times found themselves in a thrilling paradox of wishing for a familiar bed on tour only to yearn to get back on the road after coming home. Hence the title of their record, Homesick/Roadsick. Following years of touring in support of their 2012 record, Drink. Sing. Live. Love., the band took some time out to recharge and returned to the studio with renewed drive and focus to record the new album. Working with producer Thom Flowers (The Ataris, Lagwagon) and mixer Ian MacGregor (All American Rejects, Katy Perry), Versus the World picks up where they left off with anthemic pop-punk and driving post-hardcore.