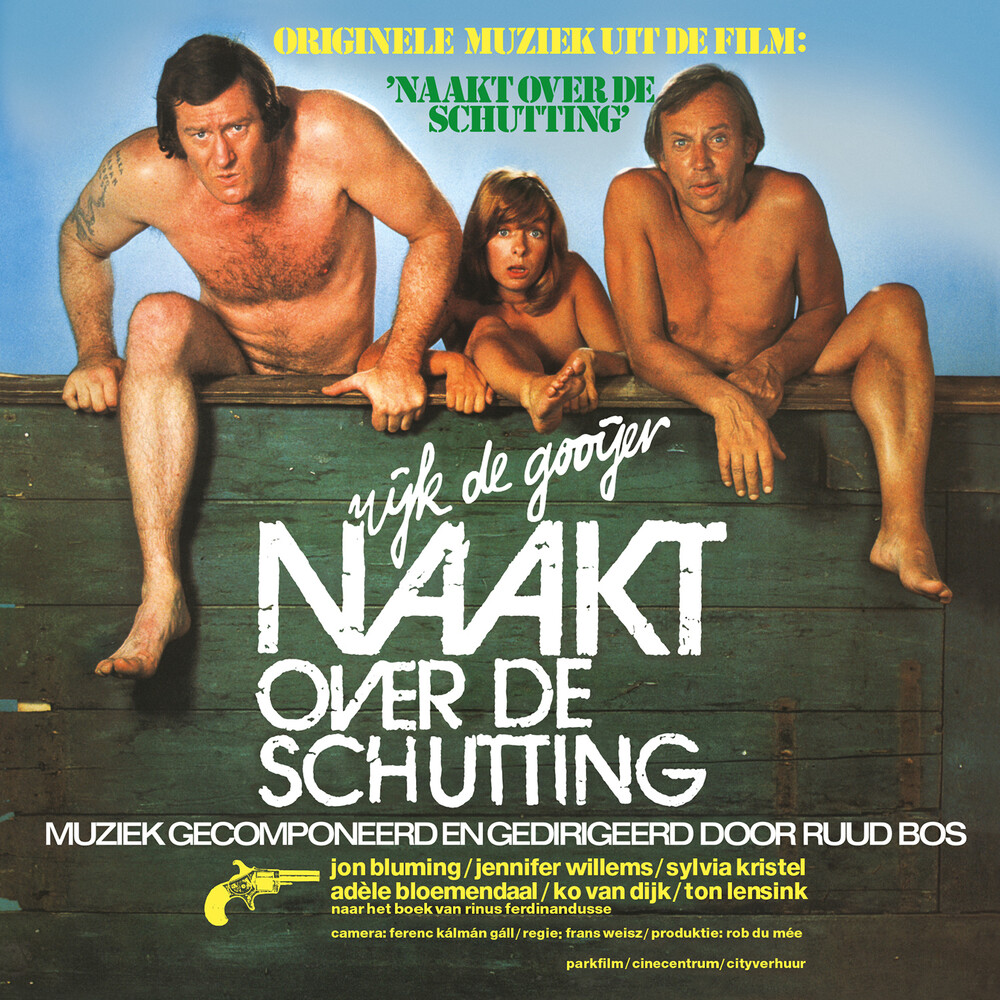 The 1973 Naakt Over de Schutting (Naked Over The Fence) movie featuring Dutch actors, Rijk de Gooyer, Jon Bluming, Sylvia Kristel, Ko Van Dijk amongst others, was loosely based on a book written by Rinus Ferdinandusse. Described as a 'Sriller' (Sarcastic thriller) this obscure B-movie was directed by Frans Weisz, features a silly plot, a comic karate fight and a not-so spectacular tram chase all the way to Artis Zoo, Amsterdam.But unlike the movie, the soundtrack composed by Ruud Bos is fantastic, it features 16 tracks in a blend of jazz-funk, easy-listening, soul-jazz and vocal pop-rock. One of the best Dutch composers for soundtracks, Ruud Bos wrote, arranged and composed stunning tracks for this very sought-after album. Standout tracks 'Get It Now', 'Model Session', and especially 'Naked Plus' with tight drumming, piano-chords & walking bass, are great examples of the sexploitation, jazz-funk and breaks style, and are sampled and used by many hip hop artists. There is only one cringe oddity here and that is the single 'Hey, A Letter Came Today' sung by Sylvia Kristel, who became famous playing Emmanuelle in the soft porn film Emmanuelle, which is one of the most successful French films ever produced. Original copies of the album rarely come up for sale, and if so, fetch high prices. Therefore, this timely reissue of 'Naakt Over de Schutting (Naked Over The Fence)' comes at a right time. Do not be put off by the weird Dutch title, this is sophisticated funk!The 'Naakt Over de Schutting (Naked Over The Fence)' soundtrack comes in original replica sleeve artwork. This is available as a limited edition of 500 individually numbered copies on white vinyl for the first time ever.
back to top