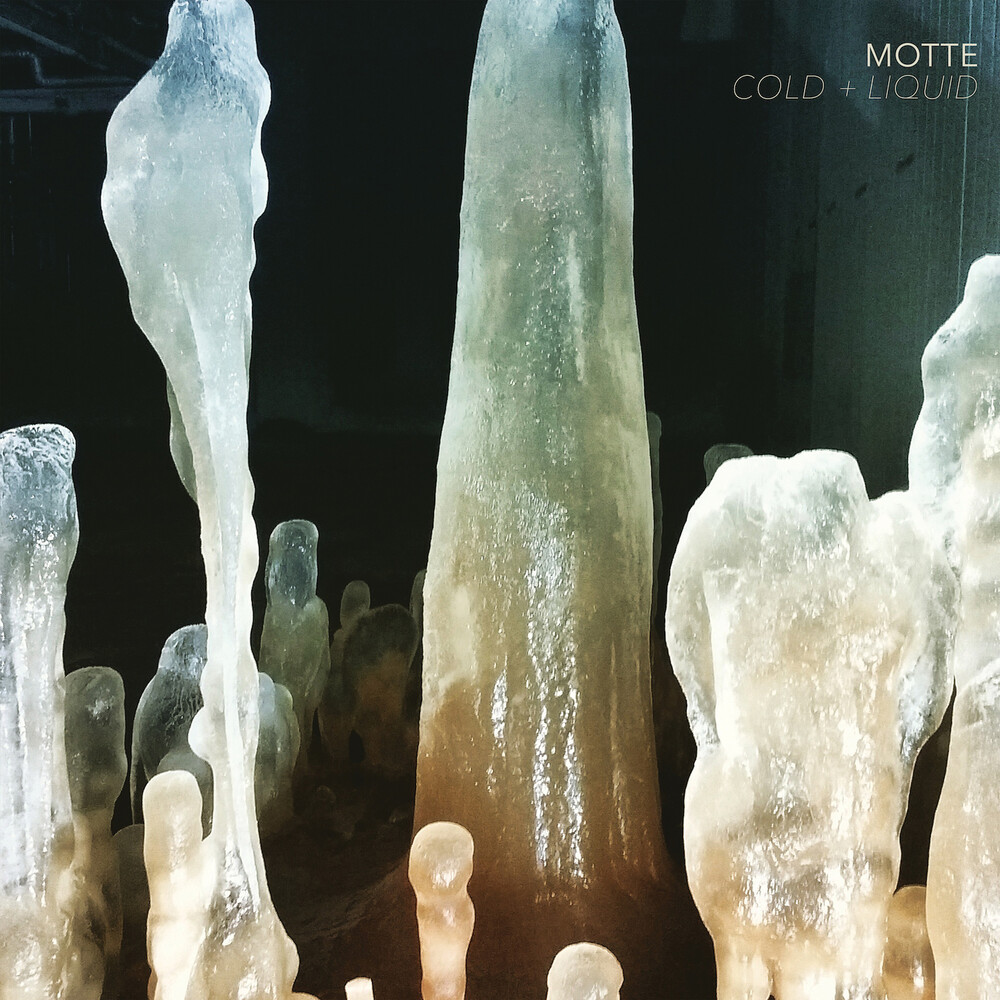 Anita Clark's new Motte album, Cold + Liquid, builds glacial atmospheres, frozen moods and isolated impressions. Portraying New Zealand through socio-geological sound, breathing in Christchurch cultures and locales, the album embodies an artistic simulation of the Kiwi environment. With this release, Clark aimed to make something colossal, and set about finding the right textures to add. A friend who works at Oamaru Freezing Works gave her field recordings of the temperature control room, a vast cold space of isolated machinery, where ice grows and dissolves in ever-evolving sculptures. Getting her hands on shortwave/longwave radios, she incorporated frequency sweeps. Another friend provided her with the mechanical drones underneath the deck of a cement cargo ship, as it lay docked in Lyttelton Harbor. Still more sources came from Sign of the Bellbird, an historic environmental site in South Christchurch, where Clark and Thomas Lambert recorded bellbirds, rolling boulders, snapping sticks, thrown dirt and the papery sound of the native harakeke plant. While violin dominates the first Motte album Strange Dreams (2017), Clark sought to expand instrumentation. She was gifted a handmade Purerehua puoro, a traditional Maori instrument that sounds similar to the whirling and hovering of a moth (which is "motte" in German). A reacquaintance to the guitar occurred after developing an alter-ego project entitled Sex Den, with sleazy noir-esque guitar riffs in response to a failed rumour from a local drug-addled dive bar. Guitar and synth allowed for a broader songwriting palette along with a sometimes Dadaist approach to lyric writing. These new tools accent the extreme ambiences of Cold + Liquid, while additional work was provided by Ben Woods on synth and bowed guitar. Listening to Cold + Liquid is a fulsome experience of articulated sound and specific place. Anita Clark dances around the shining candescence of her culture like a night insect, always seeking a better vantage point to the light.
Stock levels do not reflect our retail location. Available items ship directly to your doorstep from our supplier's warehouse. To check our retail stock levels give us a call at 317-259-1012'
This website uses cookies to personalize content and analyse traffic in order to offer you a better experience.
I accept Learn More
back to top