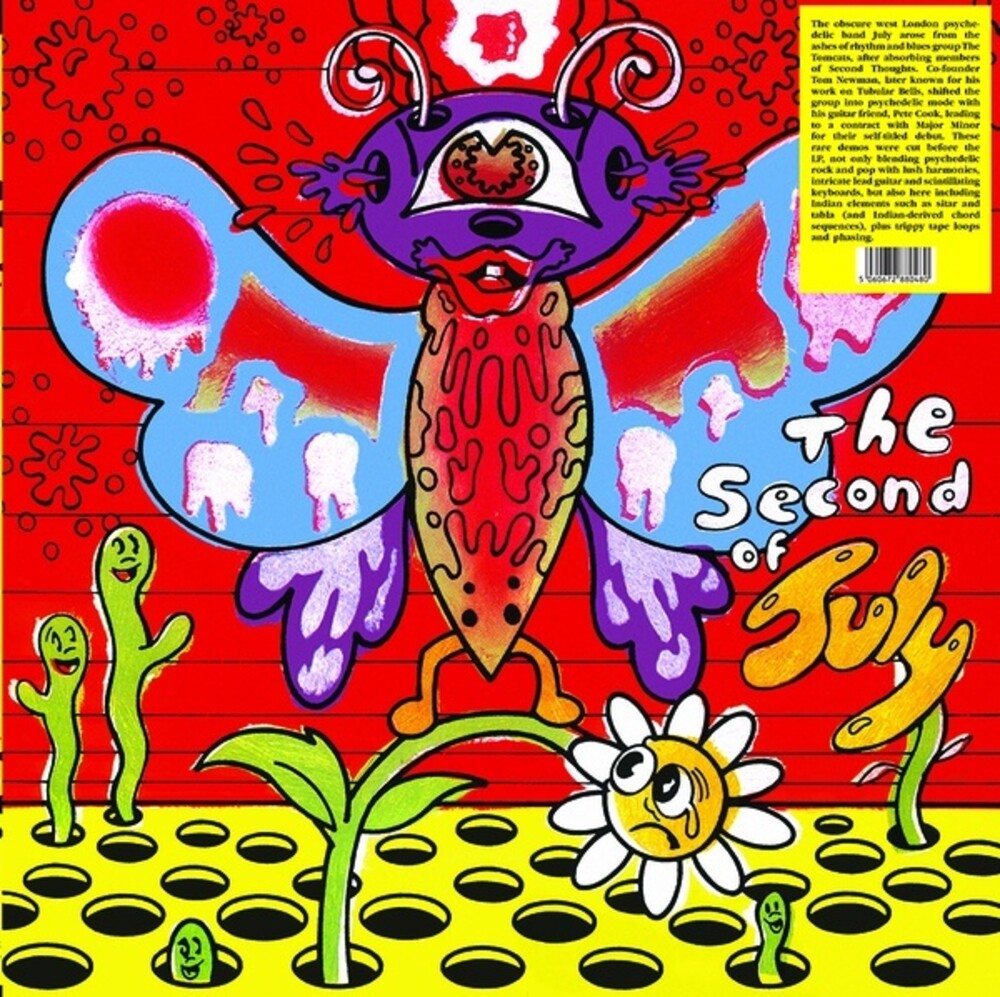 Vinyl LP pressing. The obscure west London psychedelic rock act, July, arose from the ashes of rhythm and blues group The Tomcats, who had some success in Spain in the mid-60s after absorbing members of fellow musical travelers, Second Thoughts. Back in London in 1968, co-founder Tom Newman, later known for his engineering and production work on Tubular Bells, shifted the group into psychedelic mode with his guitar friend, Pete Cook, writing material that would draw the guitarist/bandleader Spencer Davis in a management role, leading to a contract with Major Minor records for their self-titled debut LP, whichfailed to chart, but the inclusion of songs such as "My Clown" "Dandelion Seeds" and "The Way" on various compilations have assured a strong underground following. The rare demos that make up The Second Of July date from before the debut album was recorded and reveal the group in all their evolving experimental glory, the sound not only blending psychedelic rock and pop with lush