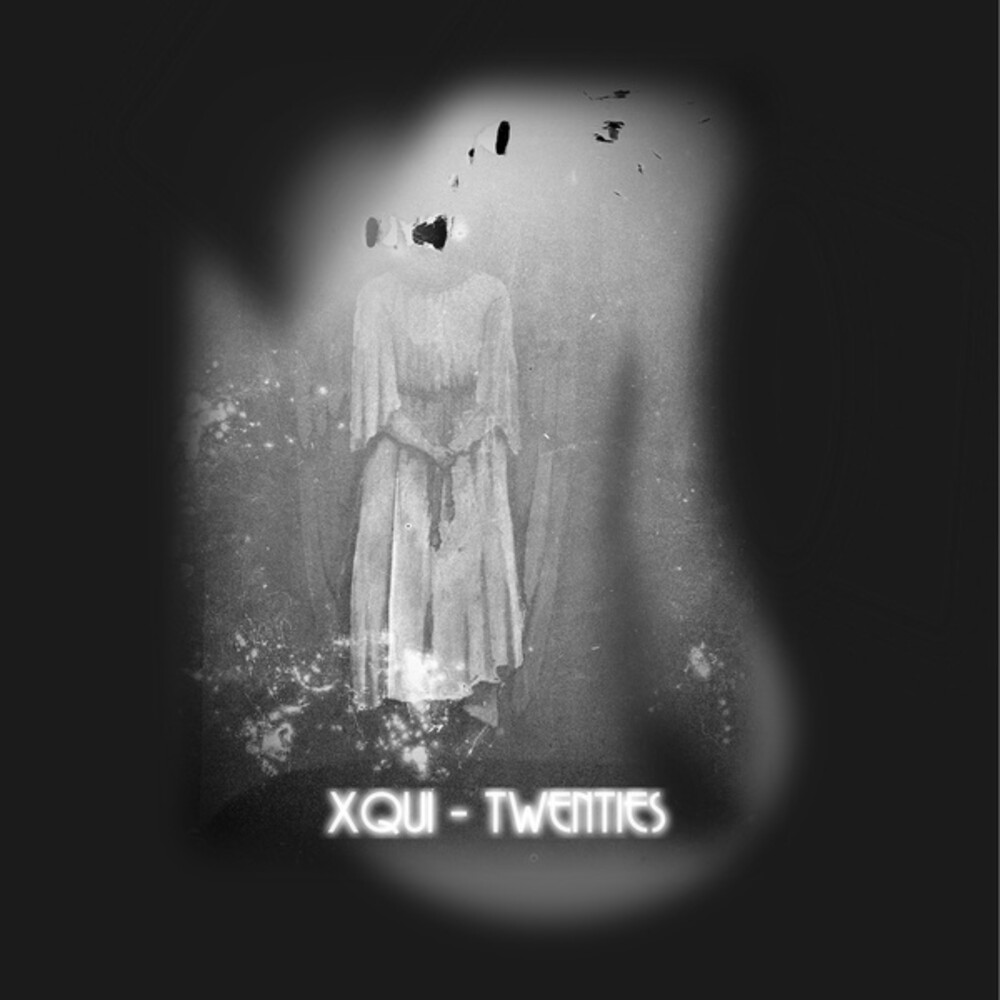 XQUI travels back one hundred years, navigating a twisted channel to the roaring Twenties. As this record crackles into life, sounds begin to melt and warp in a visceral transgression of time. Uncompromisingly immersive; startling; melancholic; confusing; beautiful - Twenties is the rebirth of a fading spirit song of ages. "Often when I have an idea for a new track with a new approach or sound, it snowballs into something bigger. Whether that be a longer track, an EP or even an album, each time I try to have a theme that carries through the project. Lleisiau was based around voices, Microchasm was my industrial ambient album and Ambients found me in a more reflective and serene state of mind. With Twenties it was simply the thought of using archive recordings and footage to expand into something more tangible. I found dozens of recordings from the 1920s which I thought worked well with some of my more trademark sounds. I was looking at images for the search term '1920s' when I came across an image of a man from one hundred years ago who was wearing a facemask which was presumably from the time of the Spanish Flu pandemic. It was not until I saw it that I realised, with irony, that the same thing was happening here and now. The finding of the photo added another angle to the album, a little bit of horror, interference and mechanical sounds. I recorded and collated more field recordings and manipulated them to give the noise on the album. I feel it is probably my most complete work to date and I'm incredibly proud of it. I present to you, the Twenties." XQUI. XQUI first appeared in April 2018 with his Britannia EP which was swiftly followed by the Dragon album in May. Using field recordings which he manipulated via mobile phone and laptop, he created incredible soundscapes and was quickly compared to Eno, Basinski and Mansell. Since then, he has been in rich productive form with Twenties being his seventh full length album. Appearing in several Albums of the Year lists over the last three years, he has also remixed for the likes of Lark, Elizabeth Joan Kelly and Assassin of Sound as well as collaborated with Transmission 13, Radio Europa and Geiger von Muller to name but a few. His work with boycalledcrow under the moniker of Wonderful Beasts received massive critical acclaim resulting in the approach from a filmmaker to provide soundtrack material as well as a sold-out debut CD.