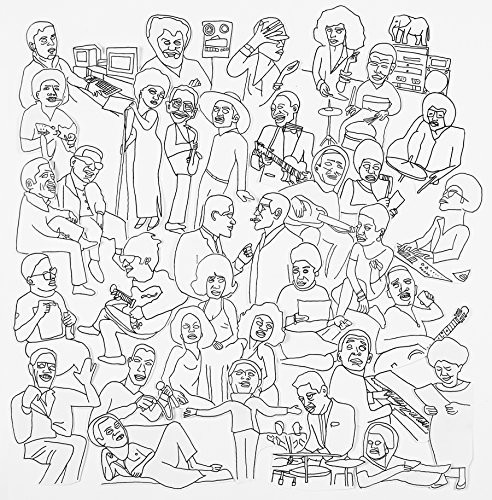 Great dance music albums – albums that sound as good on mheadphones and home speakers as they do on club soundsystems – aren’t easily made. In a form whose primary aims have been to move dancefloors and to move on, full lengths that thrill the head, heart and the feet with equal power are few and far between. We believe Romare has made one. With the gripping shock of the new that announces the best records of the genre – from Entroducing through Blue Lines to Ambient Classics - Romare has both a singular style, and great deal to say with it.

Projections comes off like Voodoo Ray reworked by DJ Shadow; its drumming littered with infectious swing, its samples illuminating and attention gripping, its atmosphere pronounced and consistent, and its riffs and hooks heavy – and unabashedly joyous. The album is a heady mix of homage and fresh approach, a statement from a young artist unafraid to revel in his influences, and confident in his own originality. The songs on Projections are homages to elements of American/African culture in the USA – which Romare studied academically. Taking his name from Romare Bearden, the well-known cut'n'paste artist / collagist, and applying similar techniques to music.