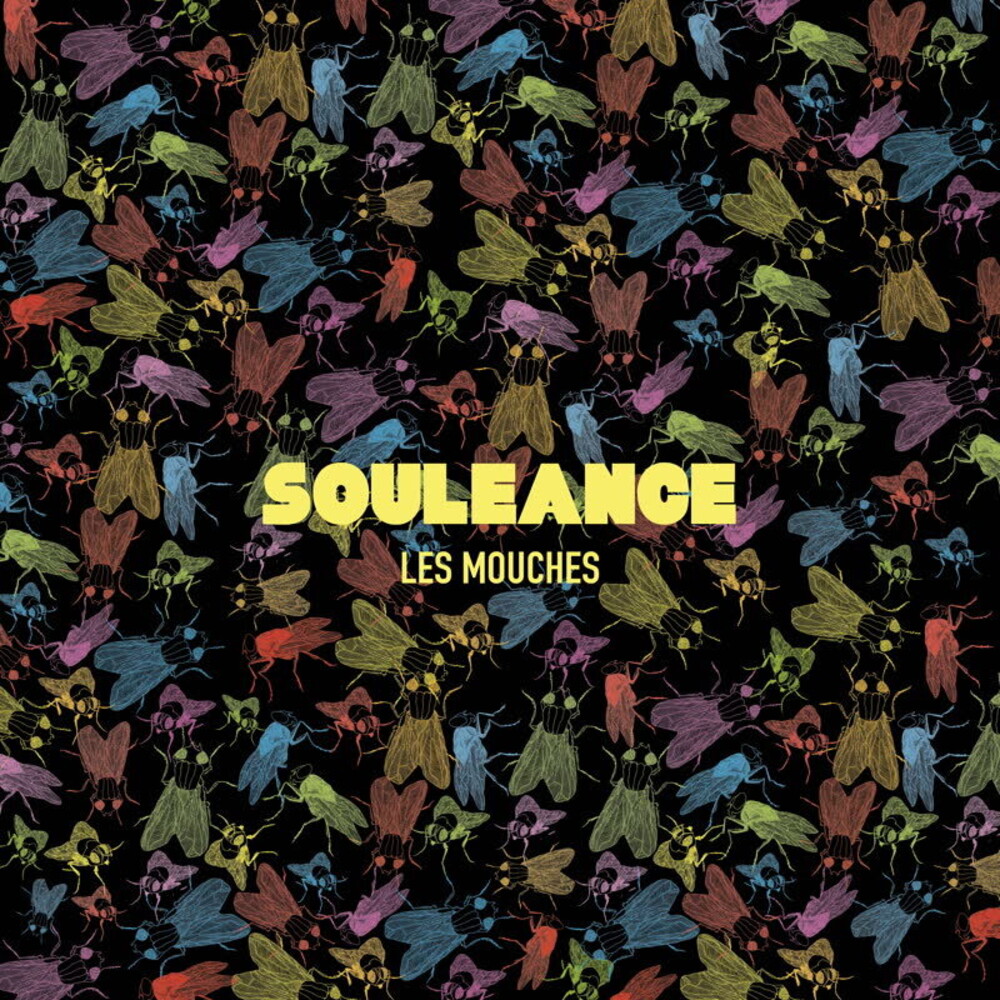 This EP, 'Les Mouches', is their first release for First Word since the acclaimed beat-tape 'French Cassette' from early last year. Expanding on the original Normand-Parisian super-duo of Fulgeance and Soulist, the Souleance crew now includes Vincent Choquet on synths and Guillaume Rossel on drums as part of their live outfit. Whilst sonically their style remains unchanged, the formation into a full band sees the Souleance sound become bigger, more realized and more formidable than ever. The title track 'Les Mouches' sets off the EP in a playful disco manner - a chugging bassline, assorted synthesisers, disco claps and a four-to-the-floor drum track, inspired by the likes of Larry Levan and Candido. Meaning 'flies', Les Mouches was a legendary Manhattan club that existed around the era of Studio 54, and was infamously a hangout spot for Imelda Marcos. The club itself was named after a play by Jean-Paul Sartre. Next up is the single 'Aquarelle' (meaning watercolors), which contains more layers than a Bob Ross painting. With it's various elements splayed across it's aural canvas, sprinkled with some subtle scratches, it's four minutes of funk presented in Souleance's inimitable way. 'The Bounce' follows and enters a more soulful side of the dance, dropping the tempo a touch and inviting in a huge bassline, squelchy keys and intermittent vocal hooks. 'Mont Maudit' takes more of a latin jazz direction with big drums and cymbals rocking throughout, whilst an infectious piano hook cruises throughout, and an ethereal gospel choir switches up the proceedings mid-way. Things get deeper still with the epic broken beat-esque 'Maneuevers'. Crunchy rhodes dominate this slightly tweaked-out rhythm, a delectable piece of heads-down nujazz fused with Souleance's unmistakable funk once again. 'L'Opuleance' closes out this EP with some more traditional Souleance fare - the tempo a little more head-nod, this one is comprised of some deliciously wobbly bass, chopped samples and hefty breaks. This EP is essentially a set of grooves marinated in nostalgia whilst managing to sound entirely current. Analogue synths, live bass, sleek cuts and intoxicating drums. This is another round of sure-shot dancefloor fire from our favorite French family. Previous support has come from OkayPlayer, Bill Brewster, BBC 6 Music's Gilles Peterson, Tom Ravenscroft & Huey Morgan, and various DJs on Worldwide FM, NTS & Le Mellotron.