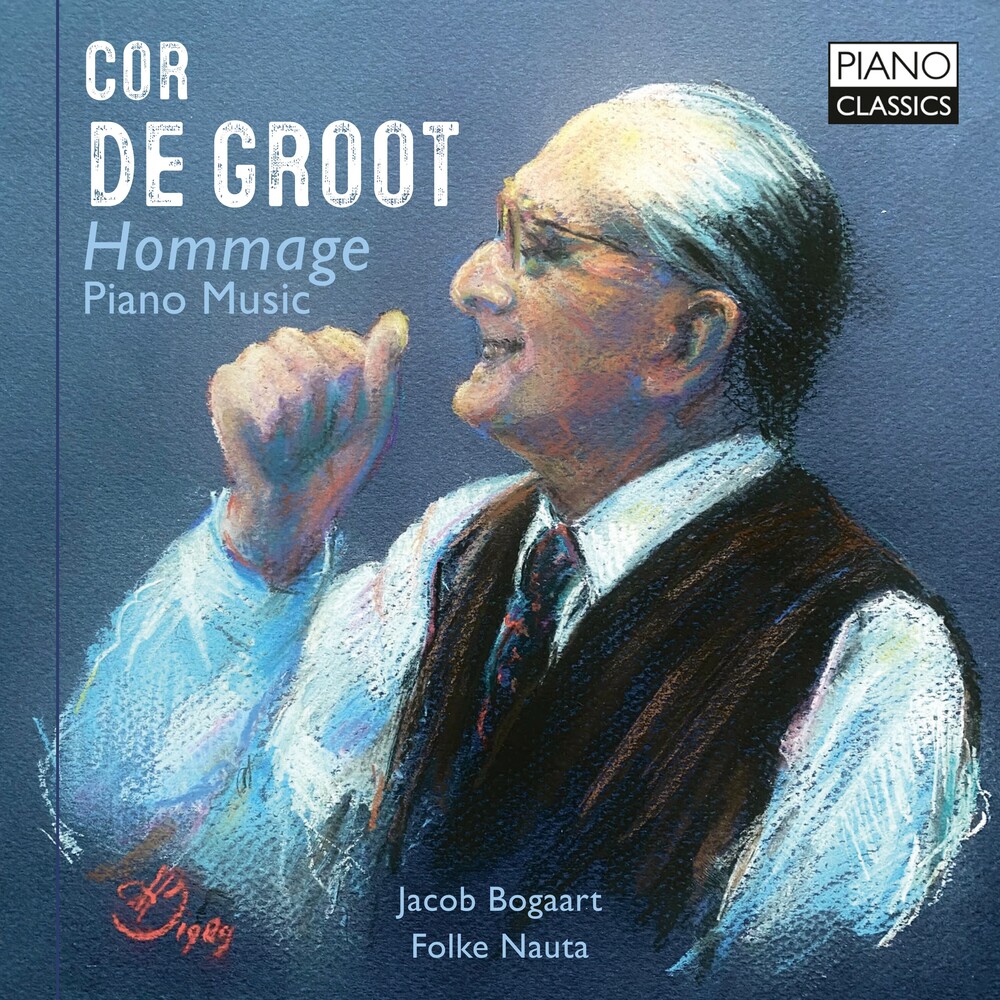 The name of Cor de Groot (1914-1993) adorned the cover of many LPs of canonic concertos and sonatas throughout the 1950s, when his qualities were summed up in High Fidelity magazine in a review of the first two concertos of Beethoven: 'De Groot is a solid and sympathetic interpreter in the Central European tradition... His playing impresses with it's substance and authority rather than with ostentation and glitter.' Some of those recordings have received modern reissues on album, but his own compositions have received comparatively little attention. An early Sonatina pokes fun at serial technique, before an Old Holland Suite deftly sketches a sequence of 11 Dutch landscapes and portraits. A sequence of five Homenajes documents his fondness for Spain, played here by it's dedicatee Jacob Bogaart. Folke Nauta likewise became a friend and colleague of de Groot, making him an ideal pianist to record the repertoire for left-hand piano which the composer wrote once a long term injury to his right hand had derailed his career at the end of the 1950s. Eastern European influences such as BartĂłk can be found in most of the seven movements of Apparitions, while a trio of later miniatures such as Cloches dans le matin (1979) makes a virtue of simplicity. Between them, Nauta has made an imaginative selection of music written for de Groot, as a left-handed pianist, by friends and colleagues including Willem, Juuriaan and Louis Andriessen, allreceiving their first recordings here. The collection ends on a note of personal homage and affection with EnCor, which Jacob Bogaart wrote in 2013 as a reminiscence of his improvisation and practice sessions with de Groot. Both pianists contribute substantial essays to the booklet, which is further enhanced by a memoir of the pianist by the curator, musicologist and producer Frits Zwart.
Stock levels do not reflect our retail location. Available items ship directly to your doorstep from our supplier's warehouse. To check our retail stock levels give us a call at 317-259-1012'
This website uses cookies to personalize content and analyse traffic in order to offer you a better experience.
I accept Learn More
back to top