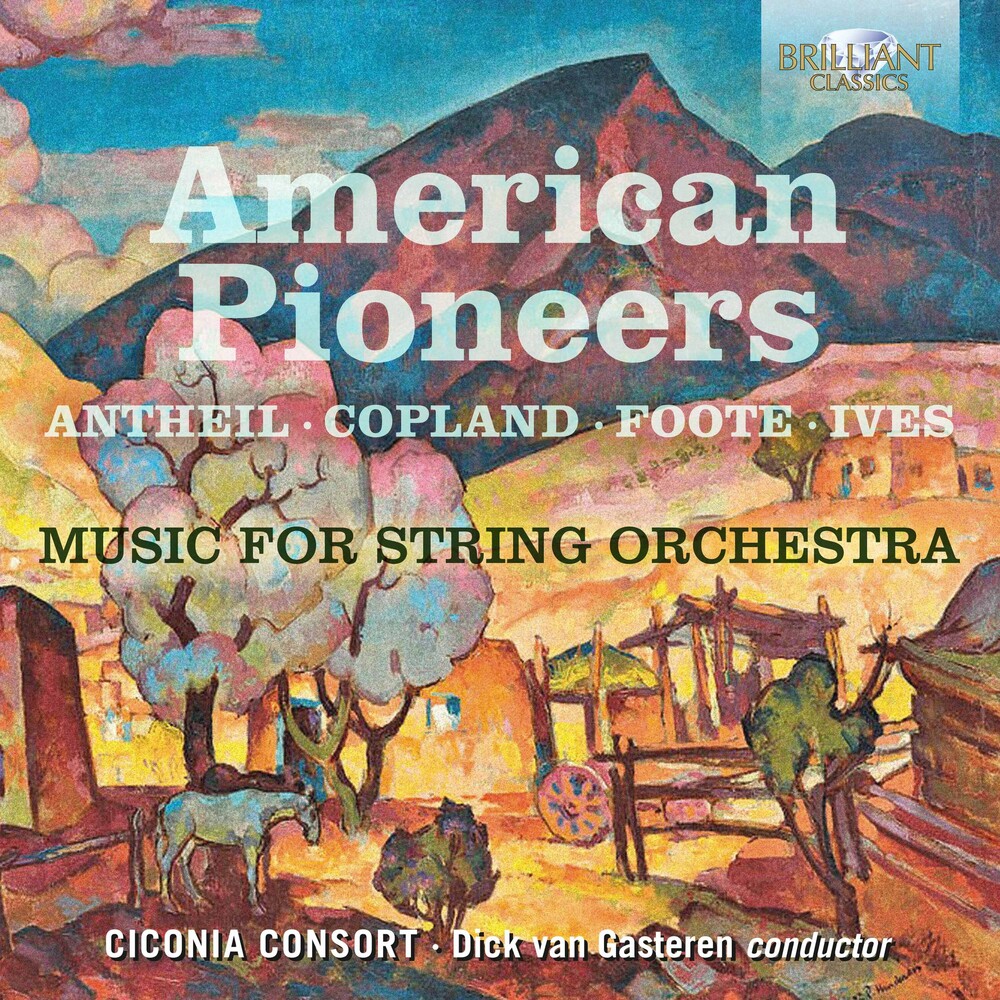 Dick van Gasteren is the founder-conductor of the Ciconia Consort, a chamber orchestra based in The Hague since 2012. To mark 400 years since the Pilgrim Fathers left the Netherlands for America, he devised this programme of music from the first half of the 20th century, reflecting the particular character of 'New World' music as well as it's roots in European romanticism. The result is a collection unique on album, in beautifully sprung new recordings full of vitality and sympathy. Arthur Foote (1853-1937) numbered among the first generation of classical composers to be educated primarily in the US, and in the arching phrases, transparent textures and rich harmonies of his E major can be heard the Romantic heritage of Brahms and Wagner which exercised a dominant influence over American conservatoires in the late 19th and early 20th centuries, before pioneers such as Ives and Antheil loosed the cultural bonds between the two continents. The Hymn is the second of 'A Set of Three Short Pieces for String Orchestra' written by Ives in 1904: way ahead of it's time, we might now think (and composed three years before Foote's Suite), in it's probing harmony which ventures deep into and even beyond the expressionist world of Arnold Schoenberg, while retaining a solemn, devotional quality in the slow-moving textures and the passionate viola melody at it's heart. In contrast to the darkness and uncertainty of Ives's Hymn, the Shaker music quoted by Aaron Copland in Appalachian Spring radiates quiet content and security. The Ciconia Consort are joined here by Dutch colleagues to present the final version of Copland's ballet, originally written in 1944 to a commission by Martha Graham for a piece with a distinctively American theme.