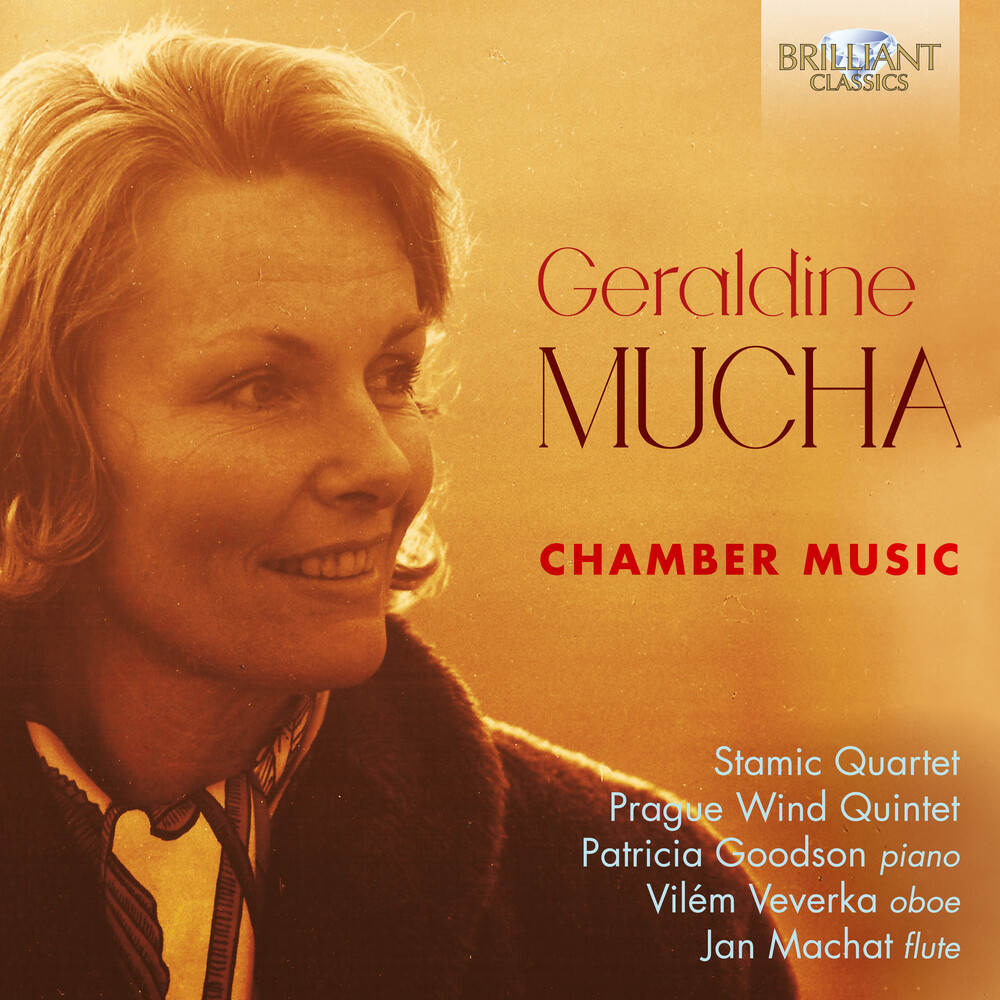 Geraldine Mucha learned to read music before words; her Scottish father, Marcus Thomson, taught at the Royal Academy of Music. Having turned 18 she became a student there herself, and at a party in 1941 she met her future husband, Jan Mucha, an exiled Czech war correspondent and son of the artist Alphonse Mucha. They settled in his home city of Prague at the end of the war, but Geraldine fled the Communist regime for Scotland after the invasion of Prague in 1968, and returned only after the fall of Communism in 1989. Jirí died in 1991 but Geraldine lived on until 2012, leaving a fair-sized body of instrumental music which had been performed throughout her lifetime but is only now being rediscovered. Only one other album of Mucha's work is available, dedicated to her orchestral music. This newly available album, made in Prague in 2015, begins with the First String Quartet which she wrote in 1944 as a recent RAM graduate: a tight, well-argued work, inflected by the fiercely rhythmic folk idiom of Janácek and Bartók. There follows a collection of seven piano works including her most extensive piece for the instrument, a set of variations on an 'Old Scottish Song' which also shows a thorough command of a central-European idiom. The single-movement Second String Quartet dates from 1970 opens with a keening, Scottish-accented lament: taut and concise, both concealing and saying much in a short span. The Wind Quintet is a late work, from 1998, still elegiac in mood but now balanced by the kind of dance-like flow and momentum placing it in the tradition of wind-ensemble works from Mozart to Poulenc. This carefully programmed album ends with the Epitaph for oboe and string quintet which she composed in 1991 in memory of her late husband.