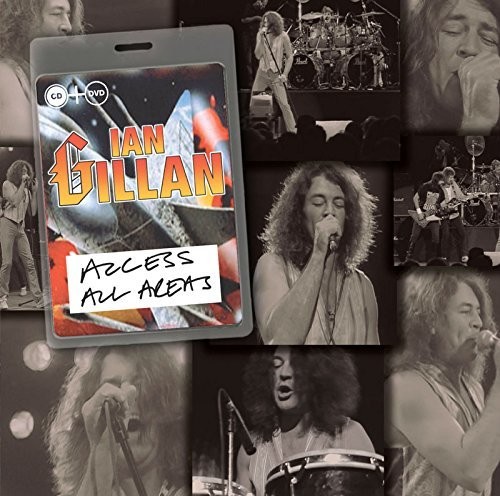 Deluxe two disc (CD + PAL/Region 2 DVD) live release. The concert was originally recorded for broadcast on ITV and released here for the first time. The high quality recording has been remastered and are featured both on a DVD and audio CD alongside extended notes, new interviews, imagery and memorabilia. The release of the Naked Thunder album in 1990 spelled the second coming of Ian Gillan. His relationship with Deep Purple, the band he graced from 1969-73 and again after re-forming in 1984, appeared to have broken down and he was now leading his own band. This included veteran Grease Band keyboardist Tommy Eyre plus former members of the Sensational Alex Harvey Band. Material delivered by Gillan and his musicians to an attentive television audience ranged from 'Naked Thunder' highlights like 'No More Cane On The Brazos', a rocked-up slave work song, through 1982 solo single/Stevie Wonder cover 'Living For The City' to versions of Purple classics like 'When A Blind Man Cries' and, inevitably, 'Smoke On The Water'