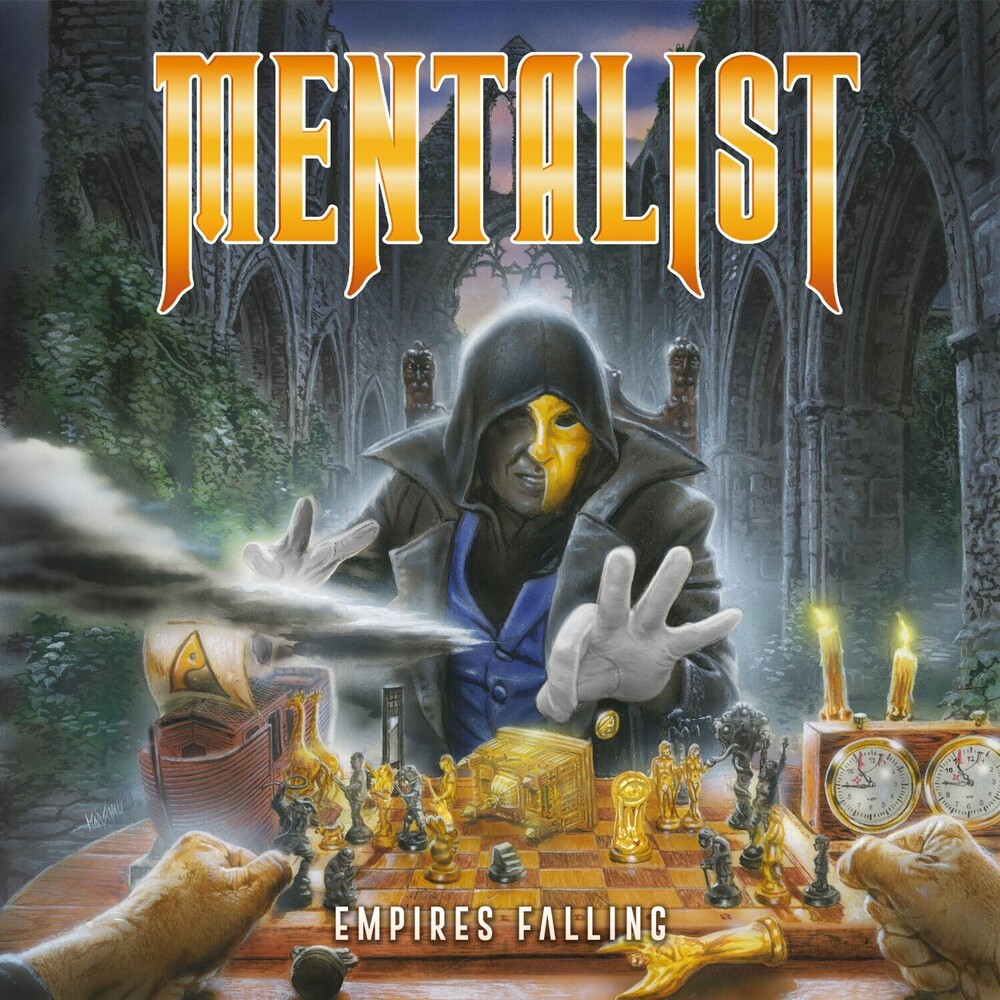 Hardly any other new band in the Power Metal scene has been able to stir up as much dust in recent years with the two debut works as the SaarbrĂĽcken based Mentalist. After the great success of the debut "Freedom Of Speech" (2020), the group, consisting of Peter Moog (guitars), Thomen Stauch (drums, ex Blind Guardian), Kai Stringer (guitars) and exceptional singer Rob Lundgren (vocals), scraped past the German Media Control album charts with their 2021 album "A Journey Into The Unknown" (trend charts: number 63)! On iTunes, Mentalist recorded an impressive #2 position as the highest position in the Metal charts; in the Facebook group "Power Metal" with more than 110K followers, "A Journey Into The Unknown" was voted the best Power Metal album of 2021. The third album "Empires Falling" ties in seamlessly with it's successful predecessor. With Oliver Palotai (Kamelot) and Mike LePond (Symphony X), the SaarbrĂĽcken team again received active support on keyboards and bass. On this album, the outstanding musicians combine great melodies and finely crafted arrangements in epic, rousing and energetic songs that impressively underline the quality of the band Mentalist. The outstanding artwork is again by Andreas Marschall (including Blind Guardian, Running Wild), while Jacob Hansen (Volbeat, Amaranthe, Pretty Maids etc.) is again responsible for mix & mastering. A tour for autumn 2022 is in preparation.
Stock levels do not reflect our retail location. Available items ship directly to your doorstep from our supplier's warehouse. To check our retail stock levels give us a call at 317-259-1012'
This website uses cookies to personalize content and analyse traffic in order to offer you a better experience.
I accept Learn More
back to top