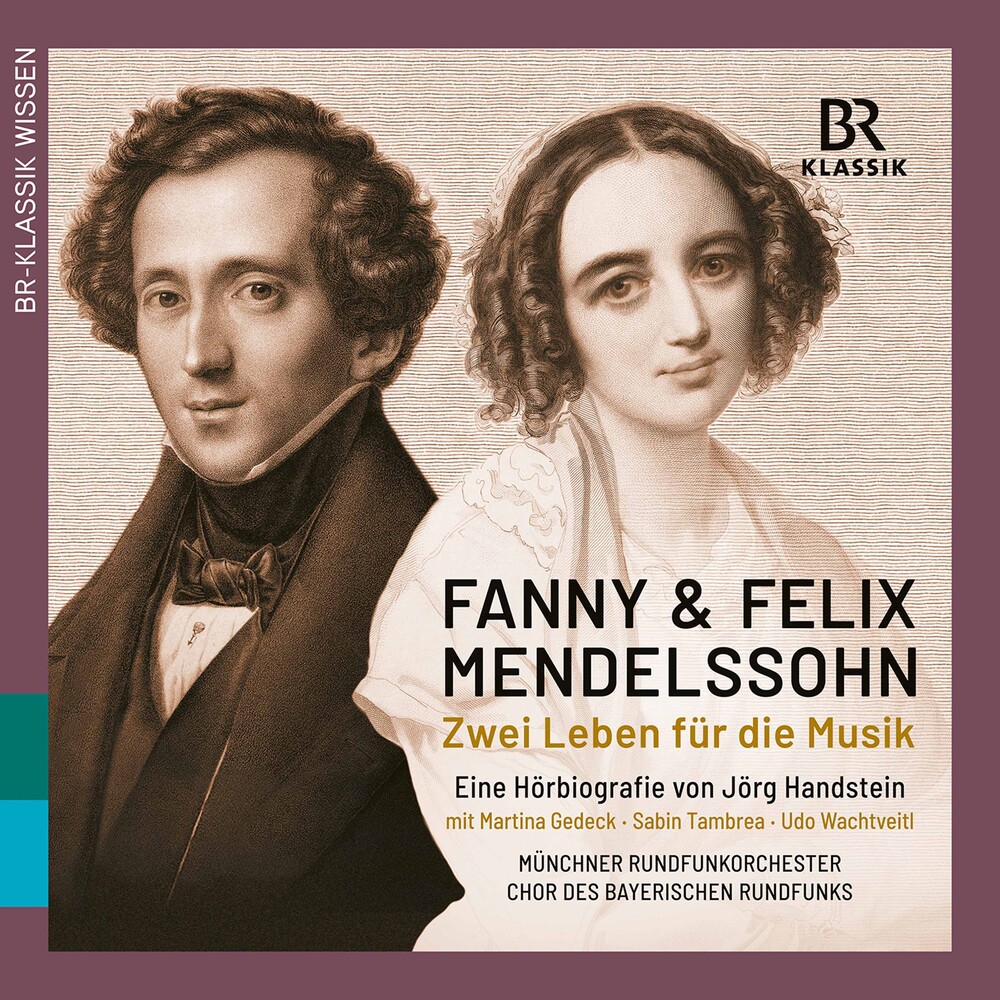 The two eldest children of the music-loving banker Abraham Mendelssohn and his wife Lea were highly musical: Fanny, born in late 1805, and her brother Felix, who was three and a half years her junior. The lucky children enjoyed a carefree youth, in which music played a central role. While Felix became a famous composer and conductor, Fanny, according to the dictates of the time, had to subordinate her own composing talents to a role as wife and mother. The musical compositions of this highly-regarded concert pianist only received more attention from the 1970s onwards, when they were re-edited, and have since appeared more frequently in concert programmes. In his new audio biography, JĂ¶rg Handstein tells the life stories of these two important creative artists of the early 19th century, both of whom died far too early in 1847 (Felix was only 38 and Fanny only 41 years old). The audio biography is duly entitled: "Two lives devoted to music". Linking the well-known phases in the life and compositions of Felix with those of his elder sister Fanny opens up different and entirely new insights into the musical history of those times. This detailed audio biography, elaborated as usual on the basis of original sources and accompanied by numerous impressive musical examples, is dedicated to the life stories of both siblings, and combines exciting and lively narration with inspired musicianship. Some of Felix Mendelssohn Bartholdy's early works have been included as bonus tracks: the String Symphonies Nos. 8 and 12 that he composed at the age of 13 and 14 respectively. They were written in 1822/23 for concerts at Mendelssohn's parental home in Berlin, where he himself rehearsed and directed them. The Symphoniesatz in C minor, a single movement that he completed on December 29, 1823, also numbers among his early string symphonies. These works by the young Mendelssohn are complemented by his choral cantata Verleih uns Frieden gnĂ¤diglich (1831), which is based on the text of the traditional Lutheran chorale.