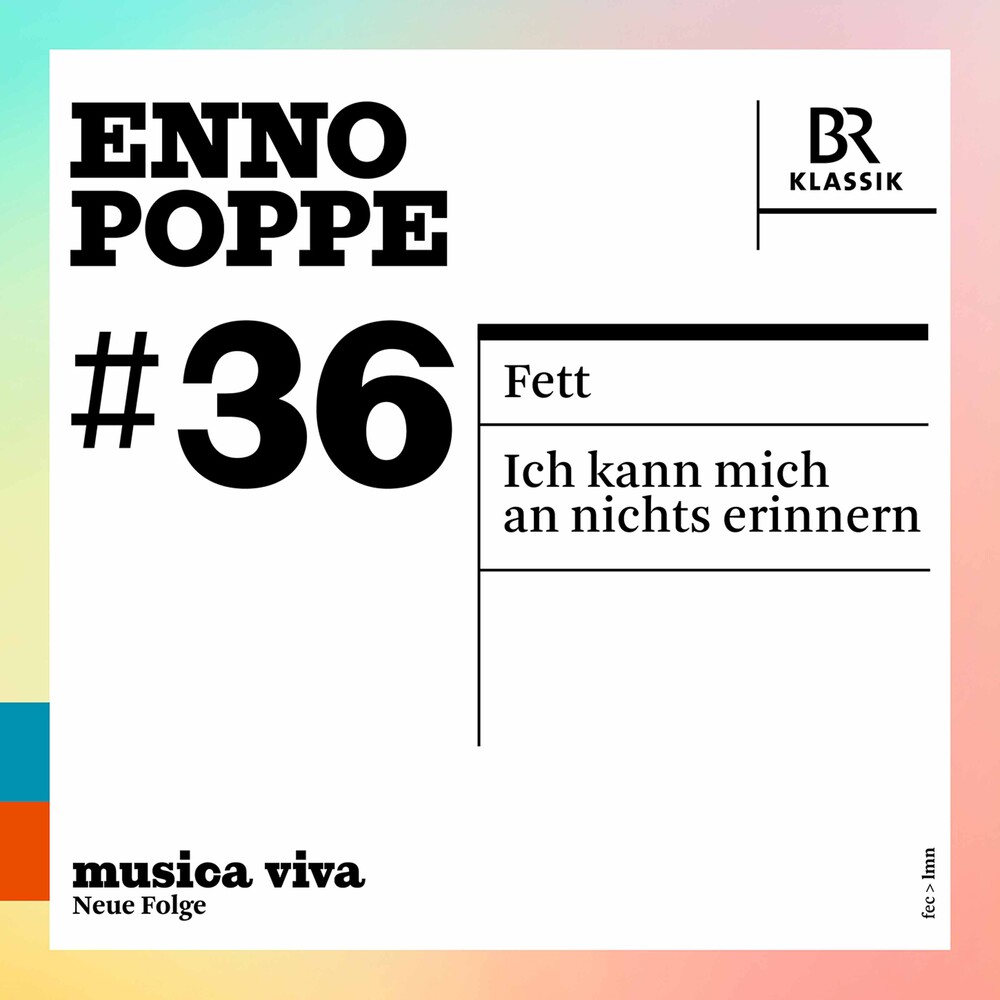 Poppe's composition Fett for orchestra dates from 2018/19 and was commissioned by the Helsinki Philharmonic Orchestra, the Los Angeles Philharmonic Association and it's artistic director Gustavo Dudamel, and "musica viva". Enno Poppe is one of the most important younger representatives of New Music. His composition I cannot remember anything for chorus, organ and orchestra, based on words by Marcel Beyer, was written between 2005 and 2015 as a commission for Bayerischer Rundfunk's "musica viva". The first performance in Germany was recorded on May 8, 2015 in the Herkulessaal of the Munich Residenz. The album edition of the "musica viva" series, founded in June 2000 to document the concert series that has existed since 1945, contains selected live recordings of "musica viva" concerts. An integral part of the edition is made up of concerts by the ensembles of the Bayerischer Rundfunk, guest recordings by international orchestras and ensembles, and also historical recordings. With two or three new releases per year, the main focus of the edition -which sees itself primarily as a series for composers -is mainly on portrait albums.