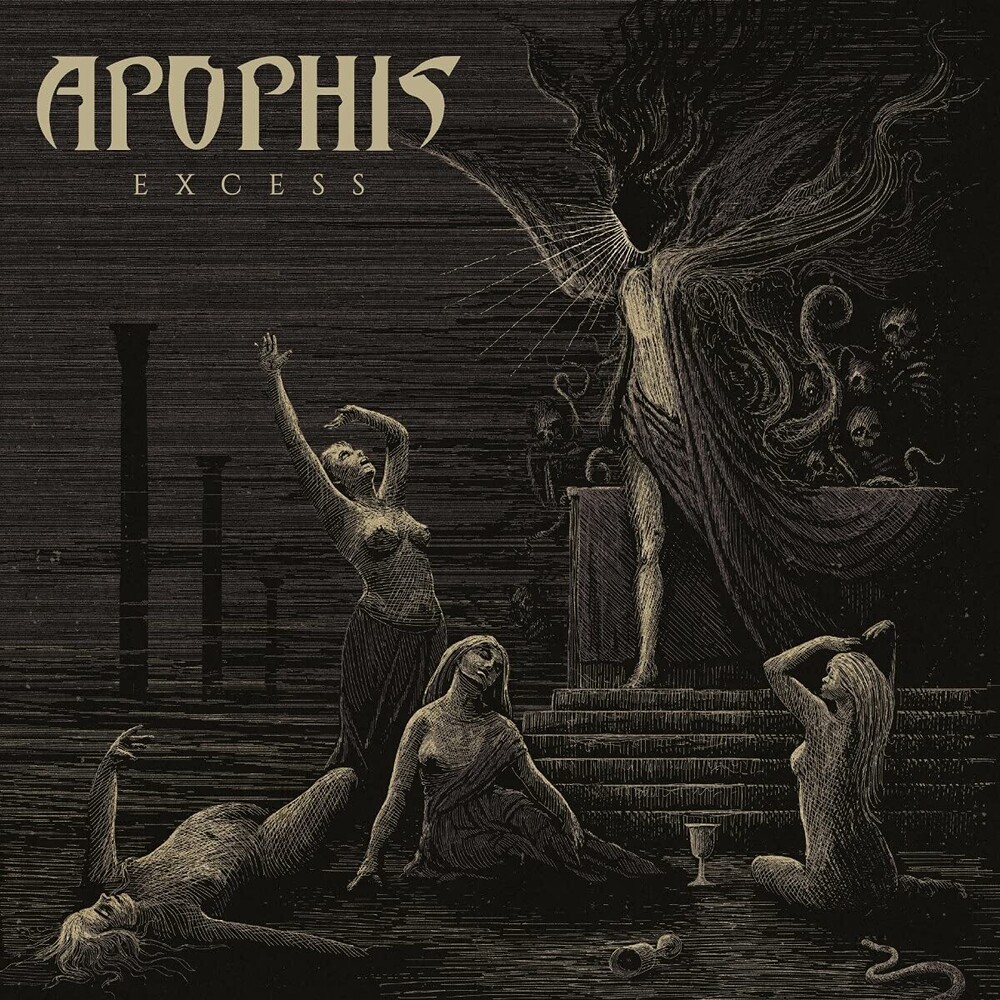 Apophis present their new album "Excess", which includes a lot of the band's trademarks: Songs set in the mid- and up-tempo rage with grooving drums, killer riffs with gloomy/emotional melodies, paired with technically sophisticated solos as well as growls and screams from hell! Vocalist Bernd has upped his ante and brings much more variety into his voice. This goes as far as melodic singing in catchy, hymn-like choruses, which is also new for Apophis. Selling out? No! Merely a refinement of the ingredients that have always characterized the band's sound. The arrangements are much more sophisticated than in earlier releases: There is a common thread running through each song (not through the album), the songs have more dynamics, are varied and yet straight. Apophis deliberately wanted to make the album sound old-school, but without wanting to forego a modern sound, or to be sound-technically interchangeable through the use of plug-ins. The production reflects this approach one hundred percent: The album does not sound like any other death metal record of the last 5 years but has it's own sound - the Apophis sound - which is nevertheless contemporary, brutal, catchy, and competitive.